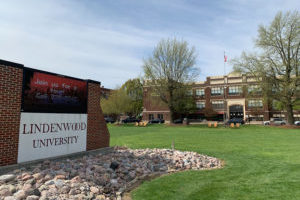 “Higher education is facing a declining market trend and an assortment of new challenges including a decline in student enrollment and revenue, demographic changes and budget cuts to mention a few,” said Mr. Tuttle. “The status quo of higher education does not work anymore and requires a different kind of leader that can bring bolder and faster change to turn this trend around and thrive in this new world of education. Running a university today is no different than running a business.”

“John Porter has been selected as that leader who possesses a successful global business background at IBM and Gulf Business Machines coupled with higher education experience as a university board member, fund raiser and adjunct professor,” he said. “As the lead search consultant, I am extremely pleased that we were able to identify and recruit a game changer such as John Porter.”

Mr. Porter is currently vice president of services for Gulf Business Machines, a premier IBM business partner. A longtime employee of IBM, he has led various IBM divisions in innovation, creativity, growth, continuous improvement, and development of new revenue streams—all while instituting cultures of excellence. He has worked in numerous locations throughout the U.S. as well as in South Africa.

“We sought input prior to and during the process from faculty, staff, students, and administration regarding the qualities necessary for the next president of Lindenwood,” said J. Michael Conoyer, chairman of the board of trustees. “It all came down to leadership and John’s track record as a proven leader. He will serve Lindenwood well.”

“I have always aspired to lead a university because of my admiration for higher education,” Mr. Porter said. “I have prepared myself for this throughout my career and look forward to leading this great institution.”

Founded in 1827, Lindenwood is a private liberal arts university with an enrollment of more than 8,600 students. It offers undergraduate, graduate and doctoral degrees through nine colleges and schools.

Mr. Tuttle is one of the founding general partners of Top Gun Ventures, and for three decades has conducted hundreds of senior-level executive searches for venture capital backed start-up companies, private equity portfolio companies and Fortune 500 corporations. He focuses on CEO, VP-level and board searches throughout a variety of industries. He has helped many companies to build entire executive teams. Mr. Tuttle also works closely with British and European companies that require “game changing” executives to expand their business within the U.S. Prior to forming Top Gun Ventures, he was the founder and CEO of Tuttle Venture Group, a national retained executive search firm that merged with Top Gun Ventures in 2002.