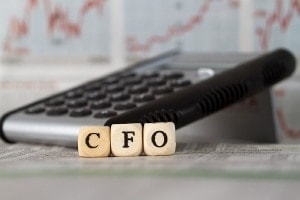 “Starry is in a period of explosive growth,” said Chet Kanojia, co-founder and CEO of Starry. “We have more than doubled our headcount in the last year and have expanded our network footprint coverage to pass more than 1.5 million households. Bringing Gregg in at this juncture will be critical to maintaining this pace of growth and maintaining the financial discipline that has enabled this success. Gregg is a proven financial leader who understands how to drive success in this industry. We’re thrilled to welcome him to Starry.”

Mr. Bien has three decades of experience in senior financial leadership roles. Previously, he was CFO of Assurant, where he oversaw the financial initiatives, pricing and global financial deal development that resulted in exponential growth at Assurant’s mobile division. Prior to that, Mr. Bien was CFO of the Signal, a cell phone insurance provider which was acquired by Assurant in 2008. Before joining the Signal, he was vice president of financial operations for TeleCorp PCS, a wireless provider covering 32 million people. Additionally, Mr. Bien has worked in financial positions at AT&T, the Walt Disney Company and in public accounting for Touche Ross, now Deloitte Touche Tohmatsu.

Working in both the private and public sectors, True has offices throughout the U.S. as well as the EMEA and APAC regions. Since the late 1990s, the firm’s founders have refined their search process with a blend of data-centric insights, relationship-building and experience to produce a methodology that consistently improves hiring decisions and accelerates growth. Clients include: Jet, Work Front, Summit Partners. True is a subsidiary of True Talent Advisory, a global portfolio of human capital services and products for high-growth tech and tech-enabled organizations.