Stay Connected:
New reports by Heidrick & Struggles and Russell Reynolds Associates underline the evolution of the chief financial officer role for PE-run companies. Preferences, the studies reveal, are shifting as demand for executive expertise has risen. 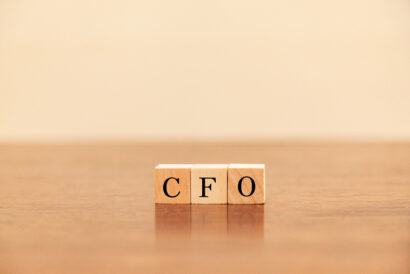 August 2, 2022 – Though much has changed for CFOs in private equity in the past two years, it remains true that when a private equity firm acquires a company, one of the first three roles that the new owners usually look to reshape is that of the CFO, the others being chair and CEO. Typically, a PE firm has a new vision for the company and wants a trusted financial professional who can make its vision a reality, according to Heidrick & Struggles’ 2022 Private Equity–Backed Chief Financial Officer Compensation Survey, an analysis of compensation in both North America and Europe for this critical role. For this report, Heidrick & Struggles compiled compensation data from a survey fielded in March and April of this year of 265 senior financial officers, mostly in North America and Europe. The report was authored by Heidrick partners Alyse Bodine, Stephen Schwanhausser, and Elizabeth Simpson.

To shepherd a company’s balance sheet and cash flow according to the new investment thesis, PE firms traditionally sought CFOs who were closely aligned with them who had significant experience both in the CFO role and in working with a PE sponsor. This survey, and related surveys that Heidrick has conducted about other roles, shows that that preference is shifting as demand for executive expertise has risen. For example, the share of respondents to this survey with more than 15 years of experience as a CFO or lead finance officer has fallen from 34 percent to 30 percent, and nearly two-thirds of respondents have less than 10 years of experience at PE-backed companies.

Among industries, globally, CFOs at technology and telecoms companies report being paid the most, at $463,000 in median total cash compensation. On a firmwide comparison, total reported median cash compensation is higher for CFOs at companies owned by buyout firms than growth firms. Seventy-three percent of respondents in the U.S., and 23 percent of those in Europe, reported receiving annual equity in 2021. In both regions, the median amount was one point, though in Europe respondents at the 75th percentile reported two points. The very largest companies, those with $1 billion or more in revenue, granted a median of only 0.6 points, but the value was, of course, higher: $8 million compared to a global media of $1.3 million. Points granted varied very little by years of experience.

Fifty-two percent of respondents in the U.S. and 19 percent of those in Europe reported receiving such a bonus. In the U.S., the median anticipated value at the time of liquidity was $5 million; in Europe, it was $3 million. Regionally in the U.S., the highest reported median value was in the Mountain West, at $11.5 million, and the lowest in the Southeast, at $2 million. By global industry, the highest median expected bonus at time of liquidity was $8 million, and the largest companies also offered the largest bonuses, with a median expected value of $5.5 million. It is notable, said the report, that for those with an exit timeline of five or more years, median equity is about half of what it is for those with an exit timeline of less than a year or even three to four years from now.

Despite market uncertainty, Heidrick said it expects demand for PE-experienced CFOs to continue to increase. Deal pipelines are robust, the report said, and volatility may put more businesses under pressure. Some are expected to restructure, shifting strategies in ways that may require different skills from the executive team. Heidrick said it is also seeing that exits are not always happening as expected, meaning that talent markets are tightening as more companies stay in PE portfolios for longer. These trends will combine with ever-present reasons for sponsor-backed CFO turnover, such as the need for specific industry or technical skills (such as listed company experience for a pre-IPO asset), according to the report.

“We’re seeing equity compensation is down and cash compensation is up,” Ms. Simpson told Fortune. “From a recruiting perspective, companies have needed to adjust to the competitive nature of the market. The market has just become much more competitive over the last couple of years for CFO talent.”

Should CFOs Venture into PE?

A separate report from Russell Reynolds Associates, notes that its private capital clients are showing an increased willingness to make creative CFO hires. While the firm has seen the emergence of preferred archetypes for private equity and venture capital CFOs, there is also greater appetite to test the norm.

The Evolving Role of the CFO

Given the speed at which market conditions, business strategies, and operational structures have changed in recent years, businesses are more aware than ever of the crucial role the chief financial officer plays in shaping and driving a company’s strategic direction. A just-released report by BoardEx of ‘The Role of the CFO 2022’ examines more than 1,400 CFOs who lead major publicly traded companies across 16 countries around the world. Let’s take a closer look.

The report found that 10 percent of private equity CFOs are female vs. 13 percent in venture, which is also against 16 percent in PLC. While this is not hugely distinguishable, it is potentially indicative of a positive trend from private equity to venture capital and an inclination for earlier stage companies to be more active at the start in their thinking around diversity. As expected, when looking at age statistics, the average age of a venture capital CFO is younger than a private equity CFO.

Related: How PE Firms are Competing for Talent During the Great Reshuffle

Within PE, the leading qualification for CFOs is the ACA, with only one in five holding the MBA. Meanwhile, MBAs are dominant among venture capital CFOs, with three in five portfolio company CFOs holding such qualification. This lends to the thesis that venture capital CFOs typically span across companies in broader, commercial roles beyond their core finance position. Doubling down on the training background of venture capital vs. PE CFOs reveals early divergences, said the study. A key differentiation is that 25 percent of Venture portfolio CFOs started their career as investors, yet only five percent of PE CFOs bring this experience.

“It is a well-known fact that the CFO is the most frequently upgraded function following a buyout, with successful candidates overwhelmingly likely to be externally hired,” the Russell Reynolds report said. “External talent is recruited into PE companies in nine out of 10 instances, relative to 76 percent of time in venture portfolio companies. This is caution to incumbents and internal candidates, whose promotion prospects are disproportionately slim.”

However, the Russell Reynolds report says that existing data is only representative of hiring propensities to date, without being able to forecast future trends and movements. “It also does not allow for – to coin a topical phrase – our ‘lived experiences,’” said the report. Russell Reynolds says it is observing a genuine, consistent demand from clients for profiles that may not fit the standard archetype. For example, the firm recently said it appointed a highly impressive CFO into an established PE backed data and services company. Her career spanned investment banking, strategy consulting, and PE/VC investing before transitioning into her first CFO position. “The reason such a move worked well was down to both the quality of the individual and the client’s preparedness to provide ongoing support through a robust, experienced board and resources to build a strong finance capability,” the Russell Reynolds report said.

Another recent example the firm provided was from working with a high growth venture capital backed unicorn and placing a more traditional PLC/ buy-out CFO. This individual has onboarded successfully, owing to their technical capability but also because they demonstrate the leadership and cultural characteristics (i.e., flexibility and adaptability) that one needs to thrive in a high-performance, high-growth company.