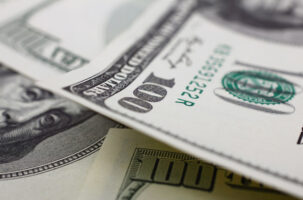 December 6, 2021 – Talent platform Shiftsmart has raised $95 million in a Series B funding round for its workforce management software that matches hourly workers with open shifts across a variety of industry verticals and roles. D1 Capital Partners led the round with participation from Imaginary Ventures, Spieker Partners and S12F, among others. Since forming in 2015, the company has amassed a network of over 500,000 workers in over 50 countries who have flexibility and control over where they work, how much they work and how fast they can get paid, while employers can customize their staffing needs and reduce turnover.

“On the demand side there were already different pieces in place, but on the supply side — the workers — was what we thought was the innovation,” Aakash Kumar, founder and CEO of Shiftsmart, told TechCrunch. “We are making it easy so you can create a profile, flip an app and work when you want. The gig economy was point-to-point logistics, but the ability to control your own schedule is something we are going to extend forward.”

Jeff Leventhal, managing partner at S12F, said he believes in the empowerment of workers and how they are treated and thought Shiftsmart’s approach not only gave workers flexibility in their day, but also a lot of opportunity to work for different companies and in different roles. The days of shift work that involve “coming in at 2 p.m. or you are fired, is a dated concept,” he said.

“One of the hard things to get right is user experience, but Shiftsmart is level-setting the world,” he added. “The company gets in uniquely correctly. Marketplaces are hard to build and get working, but Shiftsmart’s technology is meant to be flexible for both the employer and employee.”

Shiftsmart touts a customer list that includes Circle K, Humana, Deloitte, Airbnb, and the Small Business Administration. The company previously raised venture capital about three years ago, but as revenue continued to double or triple each year, Mr. Kumar said it became time to look at another round, especially in the wake of employers facing labor shortages.

“We help employers expand the total size of their market by breaking the work down to the shift level,” he added. “Your odds of finding someone to do a three-hour shift a few times a week will be a lot higher than finding someone willing to sign up for 40 hours per week and get paid every two weeks.”

Shiftsmart says that the new funding will go into scaling its verticals, which include audits and contracts, retail and global logistics and into launching new verticals like healthcare. The company will also do additional hiring. It has 60 employees currently, which is up from about 30 people a year ago.

With all of that competition, as well as companies that manage hourly workers in-house, Mr. Kumar said Shiftsmart’s differentiator was how it partners with its customers, which can use the platform with Shiftsmart’s labor force or with its own.

“It’s an exciting time for the business, and the global labor shortage has made it critical,” Mr. Kumar said. “Our main focus is how to scale up operations to be able to absorb demand and create more unique experiences for workers as we learn more about their behaviors.”