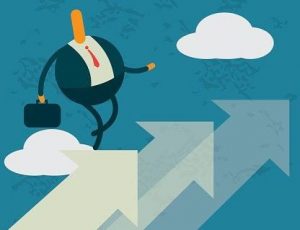 March 14, 2017 – Making a lateral career shift to a new job, or even moving slightly down the totem pole, is more common than might be expected. Those who closely follow the food industry saw an example of that recently when Greg Schlafer moved from president of Lamb Weston, a subsidiary of ConAgra Foods, to senior vice president of sales and marketing for J.R. Simplot’s Food Group.

In a mature industry where the number of leadership assignments can be tough to find, such a change can make good sense, said Ken Smuland, chief executive officer of the Dallas, TX-based search firm Hilmar & Ross, which helped place Mr. Schlafer in conjunction with Yellow Folder Research. In this instance, Mr. Schlafer’s previous assignment was changing because of a restructuring. “Simplot offered a new challenge with opportunity, a good culture, and it required no relocation,” he noted.

When to Take a Step Back

Yet it is hardly the kind of change that comes without a lot of thought, on both the candidate’s and company’s sides. Before Lamb Weston, Mr. Schlafer’s career included a stint as vice president and general manager at General Mills. He also served on the board of directors for the International Dairy Deli Bakery Association, Ardent Mills, and Project Success. His skill sets included strategic and financial planning, team building, and talent development, said Mr. Smuland.

In other words, he was highly capable to take the reins in his new job. But bringing someone on board in such situations is different from a more traditional hire. “The key factors critical to a candidate must be satisfied in the new position if an executive is going to step backward,” Mr. Smuland said.

Sometimes executives have to take a step back, said Mr. Smuland, in order to make that ultimate leap forward again, and this seems to be the case for Mr. Schafer. Insiders said that J.R. Simplot’s Food Group has already laid down a framework for him to potentially succeed to the company’s president post.

People make such shifts for other reasons as well, said John Ricco, a partner in the New York-based search and advisory firm Atlantic Group. “Sometimes you’ll see something that’s a little more personal in nature, where you have things going on at home, so a little bit of a reduced role and reduced responsibility works for the individual,” Mr. Ricco said. “One example might be a sick family member, where you have to take care of somebody at home. It could be something with a child. It’s not common, but I’ve seen that once in a while.”

Other executives are looking for a change in venue and, ultimately, potential. “You also see it with people in whatever company or position they’re in and they’re looking to shake things up and try something new,” said Mr. Ricco. “They might believe in the new company and where it’s going and where they might be five years down the line. So it’s more of a long-term play, sort of getting in there to see how they could transfer their skill set over to a place that’s growing.”

Not everyone is so enthusiastic about such shifts, however, especially a top-level executive who might deem such a hire as a threat to his or her job or worry that the person will grow bored and depart after a year or two. “That’s where the rub comes in,” said Mr. Ricco. “When you’re dealing with companies that are making a hire at any level, they tend to want to get people in the exact bracket that they’re looking for. Very rarely does a client of ours want to hire somebody with more experience or even more firepower than what the position holds.”

Mr. Ricco said when he encounters such situations he advises clients and candidates to be completely open from the beginning, so that neither side has any misconceptions. “If a client of ours wants to make a move like this, we will counsel them to be forthcoming,” Mr. Ricco noted. “Make sure this person understands what the role is. Sit them down and make sure this is a fit for both of you. If both parties aren’t in agreement when this relationship begins, ultimately it will end, and that’s a waste of time for both sides.”

His advice for anyone in this type of situation: “Make sure everyone goes into the relationship with both eyes open and with a very clear understanding of what the role is, the growth potential, and what each party is looking for out of the arrangement.” Outcomes matter.

Check Out These Related Articles On Selecting a Career Path: