Menu
View our Events
Stay Connected:
Sometimes executives make lateral moves or even take a step back to advance or restart their careers. Here's a short case study worth a look. 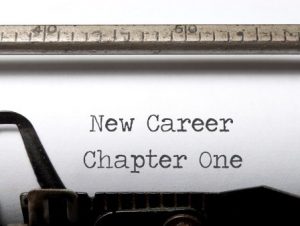 Mr. Schlafer previously served as president of Lamb Weston, a subsidiary of ConAgra Foods. Before that, he was a vice president and general manager at General Mills. He has also served on the board of directors for the International Dairy Del Bakery Association, Ardent Mills, and Project Success. His skill sets, according to Mr. Smuland, include strategic and financial planning, team building, and talent development.

A Step Laterally, or Backward, Not Uncommon

So, why did Mr. Schlafer agree to take on a lower ranking position than his previous role with Lamb Weston? According to Mr. Smuland, Mr. Schlafer’s last assignment was changing due to a restructure. “Simplot offered a new challenge with opportunity, a good culture, and it required no relocation.”

In a mature industry where the number of leadership assignments can be harder to find, moving laterally or even slightly down the totem pole happens more often than you think, said Mr. Smuland. “However, the key factors critical to a candidate must be satisfied in the new position if an executive is going to step backward,” he added.

Sometimes executives have to take a step back, said Mr. Smuland, in order to make that ultimate leap forward again, and this seems to be the case for Mr. Schlafer. Insiders said that J.R. Simplot’s Food Group has potentially laid down a framework for him to be considered for the company’s president post.

J.R. Simplot is a $6 billion privately-held food and agribusiness global company based in Boise, ID. The business has interesting roots: it was started by an energetic entrepreneur in 1929, at the height of the Great Depression, and grew from a one-man farming operation into the food and agribusiness empire it is today. The company’s vertical integration – seed production, farming, fertilizer manufacturing, frozen-food processing, and food brands & distribution – has nurtured a diverse array of internal talent and resources, creating a symbiosis that few other organizations achieve.

A number of food businesses and agricultural organizations seeking new leaders have turned to executive search firms in recent months, as they seek talent from inside and outside their respective sectors. Here’s a small sampling taken from the Hunt Scanlon archives:

Check Out These Related Articles On Landing Leaders for Food Companies: