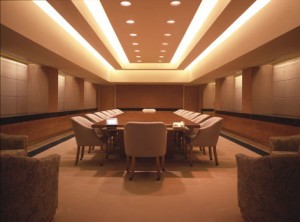 Ms. Horan retired from IBM in August after a distinguished career that saw her hold many key leadership roles, including that of chief information officer. She has more than 30 years of experience in various development and management roles in the computer industry. In addition, she serves as non-executive director on the board of Microvision Inc., an innovative display and imaging solutions company.

Ms. Russo is senior vice president and general manager of the VMAX business unit at EMC Corporation, Core Technologies Division. She has been at the forefront of managing and leading technology initiatives in cloud, network storage and adaptive software solutions globally. She is also a board member of NCWIT — the National Center for Women & Information Technology.

“These searches for Wolters Kluwer illustrate the importance of diversity at the board level and the commitment of Wolters Kluwer’s Supervisory Board to diverse leadership,” said Ms. Matthews. “Search firms play a critical role in the formation of boards and our clients must be diverse at all levels if they are to be their most innovative, address their customers’ needs, and exceed market demands. Our role is to always include and convey to our clients the important perspective women and a diverse employee population brings to their strategic thinking and corporate objectives.”

Ms. Matthews is a member of the global diversity and board of director practices at Stanton Chase. She began these board searches while president of New York City-based Covenant Executive Search Partners and completed them after joining Stanton Chase.

“Stanton Chase is committed to diversity as a vital leadership initiative in order to ensure our clients are prepared for the future,” she said. “Our commitment to diversity is further recognized by our recent acceptance for admission into the 30% Club, an international affiliation of businesses who are taking voluntary steps towards ensuring that 30 percent of their board members are women after 2016.”

The 30% Club has helped increase female participation on boards by offering mentoring and convening working groups to share best practices on board diversity. Its target is to bring FTSE 100 board membership representation of women to 30 percent by the end of this year (the number stands at just under 24 percent).

According to data released from the Spencer Stuart Board Index, 31 percent (117) of new independent directors were women, only an increase of one percentage point representing just seven more women than in 2014.

But other recent reports have found more favorable progress for women directors. Research released by recruiting rival Heidrick & Struggles indicated that progress for women in boardrooms within the Fortune 500 was accelerating. Of the 339 new directors appointed in Fortune 500 boardrooms last year, 99 were women, representing 29.2 percent of the total. That compares with 25.9 percent in 2013 and 22.8 percent in 2012. The Heidrick & Struggles Board Monitor projects that women will account for 50 percent of new board directors in the Fortune 500 in the U.S. for the first time in 2024 — nine years from now.

Check Out These Related Articles on Stanton Chase: