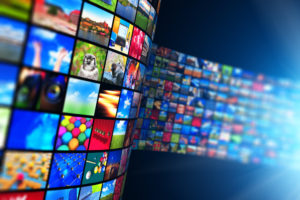 January 3, 2020 – Baltimore, MD-headquartered Stanton Chase has continued its recent expansion with the addition of former film director Shayne Lightner to its Los Angeles office as a director, with a focus on entertainment, media and digital.

“Now more than ever, creativity, storytelling and an understanding of human behavior are crucial in helping streaming and entertainment companies diversify their ranks and chart an uncharted course,” said Peter Deragon, managing director of the Los Angeles office. “I’m excited that Shayne can align both his search and creative skills at Stanton Chase to explore the future together.”

“The idea of combining my work in storytelling and creativity with business is compelling to me,” said Mr.  Lightner. “Stanton Chase Los Angeles is cutting-edge and nimble, and I’m eager to help clients stay on the forefront of an ever-changing market.”

As director/producer, Mr. Lightner most recently wrote, directed and produced a detective comedy feature. Previously, he wrote and directed a pilot, three documentaries, and various shorts and corporate videos.

Mr. Lightner has also been a managing director of global entertainment, media and technology practices for Korn Ferry International and Russell Reynolds Associates. He has worked with clients that include Amazon, Mashable, NBC/Universal, Sony Pictures Entertainment, Playboy Enterprises and the Bill and Melinda Gates Foundation, among many others. He also served as head of executive talent for idealab!, executing all CEO and senior-level recruiting for numerous start-up digital companies.

Mr. Lightner began his career at Kings Road Entertainment and was director of programming for Nostalgia Network Inc., where he oversaw program acquisitions, creative development of original programs and budget supervision.

With offices in major cities around the world, Stanton Chase offers clients a global perspective while understanding local cultures and the challenges of moving products by sea, air, rail and trucking.

Stanton Chase has named Julien Abou Khalil as partner and leader of the financial services practice covering the Middle East region. He is based out of Riyadh, Saudi Arabia, where he supports organizations in the Middle East with the recruitment of top financial executives, leadership growth management, and organizational culture.

Stanton Chase named Natalie Sleiman as partner and leader of the technology practice in the Middle East region. Ms. Sleiman is based out of Stanton Chase’s Dubai office, where she supports organizations in the recruitment of top technology leadership — both within the technology industry as well as across the many other industries facing significant challenges…

Stanton Chase opened a new office in Raleigh, NC. Kathleen Lehman Hajek, who joined the firm last year, was named managing director of the new office. In addition to serving companies in the Raleigh/Durham and greater Research Triangle Park area, Stanton Chase has a strong presence in Charlotte, NC.