Menu
View our Events
Stay Connected:
After a rigorous search, Susan M. Collins has been named the next president and CEO of the Boston Fed. She steps into the role on July 1. Dr. Collins is “deeply committed to serving the public, engaging with constituents, and advancing economic stability, opportunity and prosperity for the region and nation through the work of the central bank,” says Christina Paxson, chair of the bank’s board of directors.” Let’s go inside the search. 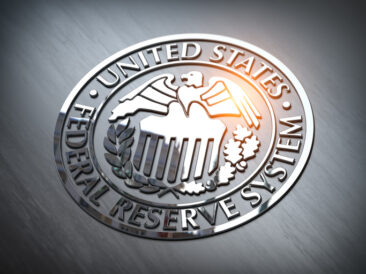 Dr. Collins will assume the bank’s presidency on July 1, following the completion of the academic year at the University of Michigan, where she is provost and executive vice president for academic affairs. “After an intensive search, we are thrilled to appoint this exceptionally well-qualified person to be the bank’s president and a key leader in the Federal Reserve System,” said Christina Paxson, president of Brown University and chair of the bank’s board of directors, who also led the presidential search committee. “Dr. Collins brings the technical expertise and insight to contribute to policymaking and the leadership ability to head the organization. She is deeply committed to serving the public, engaging with constituents, and advancing economic stability, opportunity and prosperity for the region and nation through the work of the central bank,” she said. “Susan has also advanced diversity, equity and inclusion through her work with the American Economic Association, the Ford School and the University of Michigan.”

Dr. Collins, who holds a doctorate in economics from the Massachusetts Institute of Technology, has been provost and executive vice president for academic affairs at Michigan since 2020. She is also the Edward M. Gramlich Collegiate Professor of Public Policy and professor of economics. As provost, Dr. Collins is the university’s chief academic and budget officer, responsible for overseeing all academic programming and budget planning and aligning administrative and support functions to advance the university’s mission. Previously, she was a professor – and for a decade was the Joan and Sanford Weill dean – at the university’s Gerald R. Ford School of Public Policy.

Dr. Collins is an international macroeconomist with a lifelong interest in policy and its impact on living standards. She has published widely and served as a provost, dean, professor, research scholar and board member at a variety of organizations.

“We are very pleased that Dr. Collins will be leading our organization,” said Kenneth Montgomery, interim president and CEO of the Boston Fed and the bank’s first vice president. “She is a leader with exceptional background and perspective. She also has a deep understanding of the Federal Reserve System’s inner workings, having served for nine years as a director at the Chicago Reserve Bank. I am excited to work with Susan here in Boston, and I know she will help us build on our bank’s distinctive contributions.”

“The search committee worked very hard to ensure a rigorous open and inclusive process,” said Corey Thomas, chairman and CEO of Rapid7, the deputy chair of the bank’s board of directors. “We emphasized broad outreach and hearing from stakeholders and the public. The input, which we summarized in a public report on Dec. 1, was very valuable.”

“A wide range of individuals were considered – exceptional people who are diverse in background, profession and perspective,” he said. “After multiple rounds of in-depth interviews, the search committee agreed unanimously on our selection. She then interviewed with the members of the Federal Reserve board, and they approved our choice.”

The Federal Reserve System was founded by Congress in 1913 and serves as the central bank of the U.S. Its fundamental mission is to foster the stability, integrity, and efficiency of the nation’s monetary, financial and payment systems to promote optimal economic performance. As part of the nation’s central bank, the bank promotes sound growth and financial stability in New England (Connecticut except Fairfield County, Maine, Massachusetts, New Hampshire, Rhode Island, and Vermont) and the nation.

Spencer Stuart has assisted with the hiring of half of the current Fed presidents, including that of New York Fed’s John Williams in 2018, as well as the system’s first black regional Fed president, Atlanta Fed’s Raphael Bostic, in 2017 and its only other non-white president, Minneapolis Fed’s Neel Kashkari. Spencer Stuart was also involved in the search for Cleveland Fed’s Loretta Mester in 2013 and Chicago Fed’s Charles Evans in 2007.

Spencer Stuart works with clients across the asset management, consumer financial services, global banking and markets, insurance, private wealth management and real estate sectors. The financial services industry represents one-fifth of Spencer Stuart’s worldwide client base. The firm has conducted more than 3,600 senior-level executive assignments over the past three years. Nearly one-third of its placements in the industry are diverse. Seventy percent of Spencer Stuart’s assignments annually are for returning clients.