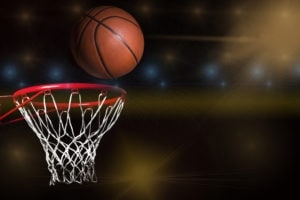 June 14, 2019 – Executive search firms College Sports Solutions (CSS) and Buffkin / Baker have collaborated to recruit Ohio University director of athletics Jim Schaus as the new commissioner of the Southern Conference. Atlanta-based College Sports, which managed the search, was chosen for its expertise in finding athletics leaders, while Buffkin/ Baker, based in Brentwood, TN, offered prowess in tapping top academic talent. The search was led by Jeff Schemmel, founder and president of Collegiate Sports Solutions.

Mr. Schaus will be the ninth commissioner in league history. He succeeds John Iamarino, who announced his retirement in March following a 13-year career at the helm of the league office.

“We are excited by the leadership that Jim will bring to the Southern Conference,” said East Tennessee State University president Brian Noland, who chaired the search committee. “He is among the most well-respected athletic directors in the nation, and he brings a vision and a wealth of experience that will be highly valuable to the league.”

Mr. Schaus comes to the SoCon after an 11-year run as director of athletics at Ohio University, where he led the Bobcats to unprecedented levels of success in athletics and academics. Before Ohio University, he served from 1999 to 2008 as athletic director at Wichita State, where he was named the Division I Central Region AstroTurf AD of the Year in 2007. With more than 30 years experience in athletics administration, Mr. Schaus also had stops at Oregon, Cincinnati, Texas-El Paso and Northern Illinois. He also has experience in the NFL, having worked as an intern for the New England Patriots and as the director of marketing for the Washington Redskin. He also served as a publicity assistant for the LPGA Tour.

“I believe that my varied career experiences in college athletics will assist me in this important leadership role for outstanding member institutions,” said Mr. Schaus. “I look forward to working with the staff and conference membership to build upon past successes in the quest to be the premier mid-major conference in the country. It will be a priority to be successful athletically, academically and support the personal well-being of our student-athletes.”

CSS successfully completed the recent search for commissioner of the Big Sky Conference along with numerous head coaching positions.

Buffkin / Baker has completed more than 550 searches for universities and colleges across the country. The firm is currently conducting the search for the chancellor of Western Carolina University along with numerous other academic positions. Buffkin/ Baker recently conducted searches for a number of institutions in the Power Five conferences, as well as leading liberal arts colleges, AAU institutions and regional universities. Besides Tennessee, the firm has offices in New York, Washington, D.C. and Winston-Salem, NC, with affiliate offices in London. Buffkin/ Baker is a member of Panorama Search, an international federation of retained firms with 18 firms and over 30 offices globally.