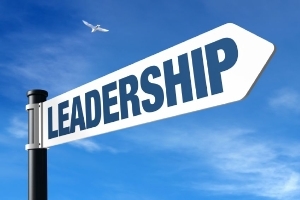 January 25, 2018 – Russell Reynolds Associates has helped to place Geoffroy van Raemdonck as the new CEO of Neiman Marcus Group. The former Ralph Lauren group president for Europe, the Middle East and Africa replaces Karen Katz, who is retiring on Feb.12.

The Dallas-based luxury department store company has been struggling under heavy debt since its $6 billion acquisition by Ares Management and the Canada Pension Plan Investment Board five years ago. Like many retailers, Neiman Marcus has also seen lagging sales as more consumers have turned to the internet for their shopping. The company’s plans for an IPO several years ago, meanwhile, sputtered and were finally shut down.

Mr. van Raemdonck was with Ralph Lauren from 2014 until late last year. Before that, he was CEO of St. John Knits. He also held several roles with Louis Vuitton, including acting president for North America and president for south Europe. Earlier in his career, he was senior vice president of the creative team for Limited Brands and vice president of brand development for Express.

The change comes at a more positive time for privately-owned Neiman Marcus. In November, the company reported that its comparable revenues for the first fiscal quarter of 2018 had grown 4.2 percent from the same period a year earlier. It was the first increase since the last quarter of 2015. Total revenues for the first quarter hit $1.12 billion, a 3.8 percent increase from the same period in the previous year, when total revenues were $1.08 billion.

The company’s online strategy, known as “Digital First,” and its investments in new technologies and marketing tools have been credited for the upward turn.

“We are thrilled to welcome Geoffroy to Neiman Marcus and look forward to extending the company’s positive momentum under his leadership,” said David Kaplan, the company’s chairman of the board. “He is a global industry leader and business builder with exceptional vision and energy. The entire board is confident that Geoffroy’s leadership will add significant value to the company, our partners and our customers.”

Mr. van Raemdonck said he expects continued positive results in the years ahead. “Neiman Marcus manages one of the most iconic brand portfolios in fashion retailing, and I am excited to build on the great foundation Karen created during her tenure,” he said. “I look forward to working closely with the leadership team, the company’s 14,000 employees globally and our luxury brand partners as we continue to innovate and engage our loyal customers in new ways.”

Mr. Kaplan also offered praise for the outgoing CEO, saying that Ms. Katz was instrumental in establishing Neiman Marcus as a digital leader in luxury fashion and retail and crediting her with putting the company on the road to long-term success. “We are extremely grateful for her vision and significant contributions, which have spanned over 30 years at the company, including the last seven as CEO, and look forward to continuing our work together on the board,” he said.

Ms. Katz has been with the company since 1985, starting as a merchandise manager and climbing through the ranks to win the top job in 2010. Among her accomplishments, she helped lead the high-end chain out of the recession of the late 2000s. She also oversaw Neiman Marcus’ shift to digital, which now accounts for 30 percent of the company’s revenues. She will remain with the company as a member of the board.

“It has been a unique privilege serving as CEO, and I am proud of the substantial progress and success our team has achieved,” said Ms. Katz. “Geoffroy has an impressive track record of success at luxury brands, and he is the right person to lead the company through this next phase of growth.”

Mr. van Raemdonck will reportedly take a salary of at least $1 million a year and a signing bonus of $1 million, to be paid over two years. Neiman Marcus is also offering incentive bonuses for Mr. van Raemdonck and other leaders at the company for achieving certain financial goals during the next several years.

Related: What Makes A Good CEO?