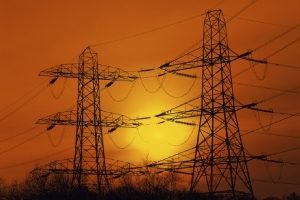 Appointed by Mayor Jim Strickland and approved by Memphis City Council, Mr. Young begins his tenure March 19. He replaces Jerry Collins, who is retiring at the end of this month.

Dana Jeanes, the utility’s chief financial officer and secretary-treasurer, will serve as acting CEO in the interim.

Mr. Young, whose nickname is “J.T.,” made a big impression on Mr. Strickland. “J.T.’s knowledge and experience in the industry, along with his record of creating a culture around excellent customer service, grabbed my attention,” said the mayor. “He’s highly qualified and I know he’ll fit in well here and lead MLGW into the future.”

In its search for top-level talent, the city plans to pay Mr. Young $320,000 a year, $105,000 more than Mr. Collins earns, according to the Memphis Commercial Appeal newspaper. That will make Mr. Young the highest paid city employee, the newspaper said.

Mr. Young currently serves as customer service and marketing general manager for Gulf Power in Pensacola, FL, a subsidiary of Southern Company. He leads customer services, marketing, sales and related activities. Mr. Young previously worked as Gulf’s corporate services director, a role in which he was responsible for corporate security, facilities, risk management and land. He also directed the implementation of Gulf’s strategic plan and previously served as the chair of the company’s people council.

Previously, Mr. Young worked at Progress Energy (now Duke Energy) in St. Petersburg, FL, serving in both distribution and marketing, and the Tennessee Valley Authority, as a systems engineer at a nuclear facility in Alabama.

“J.T. truly believes in putting customers first and helping to make communities a better place through the service of utility employees,” said Stan Connally, chairman, president and CEO of Gulf Power. “He has been a steadfast and trusted leader at Gulf Power, and I have no doubt the MLGW team will benefit from his commitment, expertise and diligent focus on customers.”

Mr. Young said he was excited by the new opportunity. “MLGW and the community of Memphis have a rich history and a bright future,” he said. “I am blessed and eager to serve with the great team at MLGW as we move the company forward in delivering exceptional customer value.”

Formed in 1939, MLGW is the largest three-service public power utility in the nation, serving more than 421,000 customers in Memphis and surrounding Shelby County. It is governed by a seven-member board of commissioners appointed by the mayor of Memphis.

Founded in 1980, with offices in Houston and London, Preng & Associates focuses on senior-level executive search for the energy and natural resources industries. Its consultants have previous employment with energy companies, including Ladd Petroleum, BHP, Shell, KBR, McDermott, Hamilton Bros. and a private equity E&P company.

David Preng is the founder, president and CEO of the search firm. He has worked on over 2,000 energy-related searches throughout the world, ranging from board and senior executive to managerial and senior technical positions. His current focus is primarily at the board, CEO and C-suite level positions. Mr. Preng’s industry experience includes financial, managerial and executive positions with Shell Oil, Litton Industries and Southwest Industries.

According to Steve Goodman, who leads the North American energy search practice for Egon Zehnder, it is during difficult times that leadership and innovation are most in demand in the sector. Downturns, he said, are all about finding the right balance between positioning to survive and positioning for coming growth. “The demand for leadership in upstream oil & gas and oil field services companies is compelling,” he said. “However, given oil’s current downward pricing pressure, the feverish demand within O&G and oil field services companies has diminished. That said, he noted that Egon Zehnder continues to work on C-suite and board transitions as top leadership requires the ability to not only manage growth, but also navigate cyclical storms …. Here’s some further reading from Hunt Scanlon Media.

Even In a Deep Downturn, Energy Sector Seeks Leadership
A number of energy specialist recruiters polled by Hunt Scanlon Media recently said “economic uncertainty” and “political volatility” were having a significant impact on petroleum and natural gas companies, but new leadership requirements were surfacing as a result.