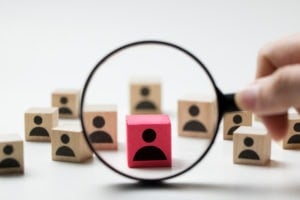 November 12, 2019 – Russell Reynolds Associates has been called in by ACI Worldwide, a global provider of real-time electronic payment and banking solutions, to lead in its search for a new CEO. Philip Heasley recently notified the company’s board of directors that he will retire at the end of the year. As part of its ongoing succession planning activities and to help provide for an orderly transition, Mr. Heasley will serve the company in a consulting capacity for three months following his retirement while Russell Reynolds conducts the search.

“The board has a clear vision of the right person to lead the company forward, and the board’s search committee is conducting a thorough process that includes both internal and external candidates,” said David Poe, chairman of ACI’s board. “ACI is fortunate to have a strong, experienced management team and talented payment professionals around the world who will continue to advance and support the company’s strategy as we transition leadership.”

Naples, FL-based ACI Worldwide powers electronic payments for more than 5,100 organizations around the world. More than 1,000 of the largest financial institutions and intermediaries, as well as thousands of global merchants, rely on ACI to execute $14 trillion each day in payments and securities.

Russell Reynolds’ CEO practice works with board leadership and nominating committees of public and private companies, as well as non-profit organizations, to recruit, develop and advise board members, board chairs and CEOs. The firm has placed CEOs at variety of organization including: Neiman Marcus Group, the DoSeum, Parkinson’s Foundation, USA Volleyball, CDC Group and Save the Children UK, among others.

A PwC report found that over the past several years more big companies have been choosing their new CEOs from outside as part of a planned succession, an indication that hiring an outsider has become more of an intentional leadership choice than a necessity. Outsiders accounted for 22 percent of all CEOs brought in via a planned succession between 2012 and 2017, up from 14 percent in the 2005 to 2007 period, said the report.

Clarke Murphy, CEO of Russell Reynolds Associates, agreed: “Since the financial crisis,” he said, “boards are more committed than ever to long-term succession planning and rigorous processes to find and select the best executive to succeed incumbent CEOs.” Their efforts “reflect a deliberate process” that is now resulting in superior leaders being put into position, he said.

An online poll by Hunt Scanlon Media, “Insiders vs. Outsiders: Which Candidate Type Fits Best, and When?” found that promoting from within remains a preferred way for organizations to address their leadership needs. But when executive recruiters are brought in to openly recruit for vacant positions, they are often given mandates to look wide and deep for candidates and that typically results in the search shifting to a hunt for outsiders.

When asked why internal candidates are given preferential treatment for job openings, 40 percent of respondents said “knowledge of the organization,” followed by “sensitive to corporate culture” (33 percent), and “demonstrated potential” (27 percent). When asked what primary attributes external hires bring, 40 percent of respondents pointed to “innovation,” another 40 percent said “change,” while 20 percent thought that outsiders brought “fresh perspective.” When asked if companies are “risk averse” when it comes to expanding their leadership ranks with outside talent, one-third responded that they were.

It remains to be seen which route ACI Worldwide will go in their search for a new leader but it appears the organization is looking at both inside and outside candidates.