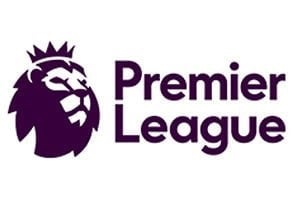 January 30, 2019 – Jonathan Smith of Spencer Stuart has restarted a CEO search for the Premier League after the winning candidate, Susanna Dinnage, changed her mind about the job.

Ms. Dinnage was set to become one of the most prominent women in professional sports, but the former leader of Discovery Communications said six weeks after her hiring that she would not take the role next month. Ms. Dinnage offered no public reason for the change of her decision.

“The Premier League means so much to so many people,” Ms. Dinnage said in November after her appointment. “With the support of clubs and the team, I look forward to extending the success of the league for many years to come.”

“Despite her commitment to the Premier League in early November, Susanna Dinnage has now advised the nominations committee that she will not be taking up the position of chief executive officer,” the Premier League said in a statement. “The committee has reconvened its search and is talking to candidates. There will be no further comment until an appointment is made.”

According to the Guardian, the league is continuing to focus on the broadcasting industry. Darren Childs, CEO of UKTV and the owner Dave, a British television channel, and Richard Halton, the recently-departed CEO of YouView, are said to be potential candidates. Some top Premier League clubs had urged Gavin Patterson, CEO of BT who steps down at the end of the month, to step forward but he would not apply for the position.

The governing body then turned to second-choice candidate Tim Davie, the BBC Studios’ CEO, said the Guardian, but he also showed little interest in the role. The Premier League’s five-person recruitment panel, chaired by Chelsea chairman Bruce Buck, with Spencer Stuart, is now starting to draw up a new list.

The Premier League is the most-watched sports league in the world, broadcast in 212 territories to 643 million homes and a potential TV audience of 4.7 billion people. Comprised of 20 clubs, it operates on a system of promotion and relegation with the English Football League (EFL).

Mr. Smith recruits CEOs, other senior executives, chairmen and non-executive directors across a broad range of consumer-related quoted, private and private equity clients. He is a member of the European CEO and board practice and head of the European sports business practice.

Throughout his 18 years at Spencer Stuart, Mr. Smith has completed more than 400 CEO, board director, CFO and other top management searches. He is a leader in CEO search, having spearheaded 21 FTSE 100 and 250 quoted company CEOs and over 30 private company CEOs, including some of the world’s great sports clubs and organizations. His diverse client work includes leading retail, consumer service, hospitality and leisure, business service and other multinationals and private equity firms.