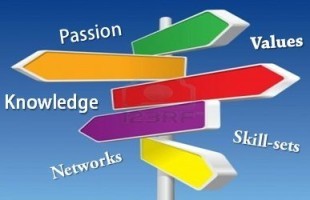 October 13, 2015 – Non-profit executive search firm Third Sector New England has been retained by the Child Guidance Center of Southern Connecticut (CGC) to lead its search for a new president and chief executive officer. Sherry Perlstein, the organization’s president and CEO for the past 29 years, has announced her retirement at the end of 2015.

Established in 1954, CGC serves children, from birth to 18, in Stamford, Greenwich, Darien and New Canaan, Conn. Its clinical staff of psychiatrists, psychologists, social workers and other clinicians work with nearly 3,000 children annually, providing culturally competent and sensitive care to families.

The president and CEO of CGC promotes the organization’s commitment to excellence in all aspects of service provision and business practices, in keeping with its mission, core values and principles of practice. Equally important to this role is fostering an environment that values, supports and builds the expertise of CGC’s staff and trainees. The ideal candidate for the CEO position must be a passionate advocate for providing mental health services for children and adolescents and an effective external leader capable of enhancing public awareness of CGC’s role.

Executives within the non-profit sector are said to be on the move, at least in the New England region. Leadership New England, a new study of non-profit executives and board members in the region, found that two thirds (64 percent) of non-profit executives in the area plan to leave their jobs within the next five years and 60 percent of organizations do not have succession plans. Only one third of leaders believe they have staff in their organization who can step up into leadership positions.

The study, conducted Third Sector New England, surveyed more than 1,200 executive directors and board members to investigate their current challenges and document what is needed to keep New England non-profit organizations healthy and sustainable in the coming decade.

“Many of the leaders and board members we surveyed reported their organizations are not ready for the anticipated challenges associated with such a large exodus of seasoned leaders — as baby boomers leave organizations they’ve been with for a long period or founded — and the next generation steps up,” said Hez Norton, the report’s co-author.

“Many organizations have no succession plans, resources to develop leaders within organizations, are financially frail, and are faced with struggling boards. These challenges will likely intensify during any type of leadership transition,” he said.

The economic strength of the non-profit sector has increased in recent years and the sector is now the third largest employer in the U.S. Nearly two million non-profit organizations employ 10.7 million people and produce revenue in excess of $1.9 trillion.

Yet, hiring the right people can be problematic within the industry. According to the Nonprofit HR’s Employment Practices Survey, 33 percent of respondents say that finding the right talent the biggest staffing challenge they face.

Third Sector New England is currently leading executive director searches for New England non-profits 4-H Education Center at Auerfarm; Adolescent Consultation Services of Cambridge; YWCA of Western Massachusetts; and Registry of Interpreters for the Deaf. The firm has also been selected by Dorchester Bay Economic Development Corporation (DBEDC) to head its search for a new CEO.