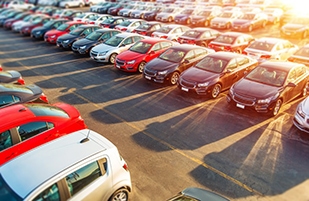 September 21, 2018 – Executive search firm Spencer Stuart has been retained by AutoNation to lead its search for a new CEO. Mike Jackson is stepping down in 2019 after serving some 20 years in the role. He will remain as executive chairman through 2021. The search will include both internal and external candidates.

“The company is ready for its next chapter with a strong foundation, a coast to coast brand, a comprehensive brand extension strategy, and a transformational digital consumer car buying experience,” said Mr. Jackson. “While the board commences its succession process, we will remain focused on delivering a peerless customer experience and executing our brand extension and digital strategies.”

During Mr. Jackson’s tenure, AutoNation has become the largest auto retailer. The company has sold more than 11 million vehicles, serviced more than 40 million customer vehicles and raised nearly $15 million for national cancer-related charities. AutoNation is headquartered in Fort Lauderdale, FL and has more than 325 locations.

“Before AutoNation, there wasn’t a voice of auto retail,” said Mr. Jackson. “That created a certain imbalance and tone deafness in the industry which wasn’t healthy.”

According to Reuters, over Mr. Jackson’s 19 years at the helm of AutoNation, the company’s stock has gained 258 percent and outperformed the S&P 500, which has gained 127.6 percent. Most of that outperformance peaked about three years ago, however, and the stock has since lagged.

“AutoNation in 2016 began refocusing investment and operations on expanding its high-margin vehicle service and repair businesses, as well as used-vehicle sales, as new vehicle profit margins contracted,” Reuters said, an initiative the incoming CEO will inherit.

Mr. Jackson reportedly said that his successor can potentially use AutoNation’s scale to pursue more brand extension beyond new-vehicle sales, and develop the chain’s online presence. “While major automakers except for Tesla Inc. still rely on franchised dealers to deliver and provide warranty service for new vehicles, online shopping has cut down sharply the number of stores most customers visit before choosing a vehicle. Online pricing services have contributed to the squeeze on new vehicle profit margins.”

In the world of mobility, organizations that develop and produce automotive vehicles, components and related technologies that move people, goods and materials face unprecedented competition from established players and new entrants. “Accelerating electrification of vehicles, autonomous vehicle innovation and entirely new value propositions centered on connectivity require organizations to rethink their approach to leadership and culture,” said Spencer Stuart. “The courage and vision to innovate, collaborate and put customers first will be critical.”

Spencer Stuart works across the sectors and services of the mobility spectrum, including automobile, trucking, train and shipping.