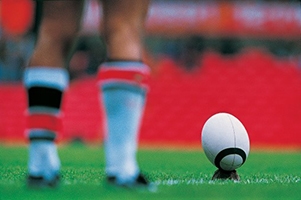 Dan Payne, the rugby group’s current leader, announced last month that he will be stepping down in July, after the Rugby World Cup Sevens in San Francisco.

Based in Lafayette, CO, USA Rugby is the national governing organization for rugby in America and a full-sport member of the United States Olympic Committee (USOC) and World Rugby. Two years ago, Korn Ferry conducted the search that resulted in the hiring of Mr. Payne.

With Mr. Payne’s announcement, USA Rugby immediately began its search for a successor with a comprehensive transition in mind, according to the organization, and chose to work with RSR Partners.

“Knowing the time and travel this position requires and our union deserves balanced against my responsibility and desire to be present for the formative years of my children’s lives, this is the best decision,” said Mr. Payne.

It was recently announced that Mr. Payne will become chairman of the board for Rugby International Marketing, the for-profit entity of USA Rugby. That operation is responsible for sales of USA Rugby’s commercial rights and creating new revenue streams to help grow rugby in the U.S.

Will Chang, chairman of the USA Rugby board of directors, said Mr. Payne did an outstanding job during his tenure. “First and foremost, on behalf of USA Rugby, I would like to thank Dan for his incredible dedication to this organization and its members,” he said. “He came into the role during a transitional period and was able to stabilize the organization and its finances.”

Mr. Payne’s primary objective when he took over as CEO was to stabilize USA Rugby’s financial performance. “In late August of 2016, one month after joining the organization, it became plainly obvious that 2016 was on a negative trajectory and that 2017 was going to be a challenging year from a financial perspective,” he said. “I’m happy to report that the 2017 books for USA Rugby have been closed and we have achieved the financial goals set forth for the union. In addition to managing the budget to plan, the organization was able to contribute to the contingency reserve and add value to the balance sheet.”

In conducting its search, Korn Ferry received some 150 applications for the CEO role. The recruitment firm worked in tandem with board members from USA Rugby to screen prospects. The group’s entire board of directors was involved in the final selection.

Founded in 1975, USA Rugby is charged with developing the sport on all levels in the U.S. It oversees four national teams, multiple collegiate and high school All-American sides and an emerging Olympic development pathway for elite athletes. The group’s active members number over 115,000. USA Rugby is governed by a nine-member board of directors, a congress representing the membership and a professional staff headed by the CEO.

In 2009, rugby returned to the Olympic movement. Two years later, USA Rugby became a full-sport member of the USOC. Rugby sevens was played at the 2016 Olympics and is also slated for 2020.