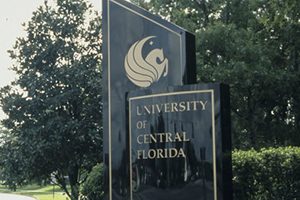 March 16, 2018 – The University of Central Florida (UCF) has named an internal candidate, provost Dale Whittaker, to succeed president John C. Hitt, who is retiring this summer after 26 years in the top role. Atlanta-based recruitment firm Parker Executive Search assisted in the search.

Dr. Whittaker’s thorough knowledge of the university and its culture played a big part of the school’s final decision. “Dale brings to his new role a deep understanding of UCF’s culture and strategic goals, which he has been responsible for advancing during the past three and a half years,” said Marcos Marchena, chairman of UCF’s board of trustees. “He has helped to lead UCF’s commitment to transforming lives and livelihoods through learning, discovery and partnerships.”

The winning candidate brings to the presidency extensive experience as a faculty member, university leader and strong supporter of student success. Dr. Whittaker has served as UCF’s provost since fall 2014, and was promoted to executive vice president in 2015. As provost, he provides academic leadership for UCF’s 13 colleges, multiple campuses and research centers and institutes. Dr. Whittaker also oversees academic support services and is responsible for curriculum, academic planning, faculty appointments, faculty development and promotion and tenure decisions. Before coming to UCF, he held multiple faculty and leadership positions at Purdue and Texas A&M.

“What excites me most about UCF is the opportunity that it creates for so many to become so much through innovation, a youthful, high-energy spirit, resourcefulness, and through this aspiration to be the best it can be,” said Dr. Whittaker.

The new president’s base salary will be $506,000, similar to that of current president John Hitt, according to the Orlando Sentinel. He will also have an $800-per-month car allowance, moving expenses and deferred compensation of 20 percent of his salary, the newspaper reported. Incentive pay for strong outcomes in areas like graduation rates, retention rates and donations were also part of the package.

Parker Executive Search had reportedly looked at both traditional and non-traditional candidates, including those with previous relations with the school or other connections to the area. Among the firm’s biggest challenges: Finding someone on par with the popular and much-accomplished Dr. Hitt, who steps down on June 30. During his 25-year run as president, he helped the state school to become one of the largest universities in America. In that time, UCF’s enrollment ballooned from just over 21,000 students to upwards of 66,000, and the campus grew proportionately. Added were more than 100 buildings, including a medical school and a football stadium. Today, plans are underway for a new campus in downtown Orlando as well as construction of a teaching hospital.

UCF’s 15-member search committee was chaired by trustee David Walsh, with trustee Beverly Seay serving as vice chair. The panel’s members included those from the school’s board of trustees, the board of governors, faculty, staff, students, alumni and others in the UCF community.

The committee interviewed eight semifinalists and invited four finalists back to UCF for two-day visits. Dr. Whittaker and the other finalists met with students, faculty, alumni, donors and community partners, and they gave presentations and answered questions at an open forum. Candidate visits also featured sessions focused on diversity and inclusion, research and entrepreneurism, educational and community partnerships, the arts and athletics, as well as a campus tour.

The other three finalists were two current university presidents from Ohio and North Dakota and an executive from Purdue University, according to Orlando Weekly.

Parker Executive Search had worked with UCF on earlier searches, including those for provost, vice president for academic affairs and athletics director. According to the Orlando Business Journal, the firm charged the school a flat fee of $155,000 plus expenses.

The University of Central Florida, established in 1963, began classes in 1968. The school was originally known as Florida Technological University. Today it has 13 colleges and offers more than 215 degrees from its main campus, hospitality campus, health sciences campus, online and 10 regional locations. It offers 95 bachelor’s and 87 master’s degrees, 28 research doctorates, three professional doctorates and three specialist degree programs. Its downtown campus, a partnership with Valencia College, is scheduled to open next year.