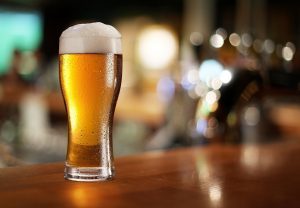 The foreign-owned consortium, which operates more than 470 retail outlets throughout the Canadian province, said Mr. Dougall will mediate operational disputes between the Beer Store, its customers and brewers. He will also act as impartial and objective sounding board on matters relating to TBS. He has been appointed to a three-year term and will report annually to the Beer Store’s independent directors.

The beer ombudsman position was created at the request of the Ontario government last year, when it announced beer sales will be permitted in some grocery stores.

Mr. Dougall brings extensive experience to the role after serving as Scotiabank ombudsperson for nine years. He redesigned and modernized the office of ombudsperson at the bank, and also coordinated the operation of the bank’s international ombudsperson.

Mr. Dougall is a board member of the Canadian Centre for Ethics and Corporate Policy, and has volunteered at a number of social agencies including Meals on Wheels and the Yonge Street Mission. He is also a board member and past chair of the Board of Second Harvest, a Toronto-based food rescue organization.

“We looked at ombudsmen and individuals who were previously ombudsmen, judges, arbitrators, mediators, litigators, and any other individuals with analogous experience and skill sets. But truly the ombudsman background was the bullseye,” said Mr. Rosenzweig. “Charlie is ideal because his experience as ombudsman for a complex organization like Scotia Bank we feel will be translate well in his role in establishing this function at the Beer Store.” As ombudsman at Scotiabank, Mr. Dougall earned a reputation for being able to effectively deal with difficult customers and external partners.

“Charlie built high-performing teams, and fostered a culture of inclusion, respect and open communications,” said Mr. Rosenzweig. “Everyone enjoyed working for Charlie, and staff turnover within his groups was consistently very low. Charlie will be fabulous in this position,” Mr. Rosenzweig added. “In everything he does, Charlie puts his mind to it and figures out a way to succeed. I would have no reservations on recommending him for any ombudsman position.”

The Beer Store was originally owned by a consortium of Ontario-based brewers when it was set up in 1927 as Brewers’ Retail. It was later fully owned by Molson-Coors of the U.S., AB InBev of Belgium and Sapporo of Japan before the company opened up ownership last year to Ontario-based brewers. Currently, 27 such brewers have shares in the Beer Store.

Check Out These Related Articles On Recruiting In Canada: