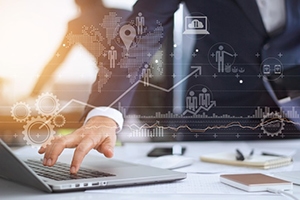 The Milwaukee-based recruiting company also reported that U.S. revenue fell 4.6 percent during the quarter. The only other segment for which revenue fell was the outplacement provider division Right Management, which recorded a 10.5 percent decline in revenue on a constant currency basis.

xecutive Recruiters Report Solid Gains in Latest Rankings
The executive search industry’s leading 50 players in the Americas once again surpassed $3 billion in revenues last year, according to industry newsletter ESR, in a market report to be released later this month by Hunt Scanlon Media.

“Our solid second quarter results contributed to a good first half of 2018,” said Jonas Prising, chairman and chief executive officer. “Demand for our innovative workforce solutions remains strong and with our market leading global footprint this environment should provide us with opportunities for profitable growth,” he said. “We anticipate the third quarter diluted earnings per share to be in the range of $2.37 to $2.45, which includes an estimated unfavorable currency impact of five cents.”

Manpower shares have fallen 32 percent since the beginning of the year. The stock has dropped 27 percent in the last 12 months.

Recently, ManpowerGroup named Stefano Scabbio as president of Northern Europe, Mediterranean and Eastern Europe. “Stefano has been instrumental in accelerating growth and driving next generation innovation across our European business,” said Darryl Green, COO. “Under his leadership, Stefano is enhancing and modernizing the experience for our candidates and clients, with speed, in a rapidly evolving digital market.”