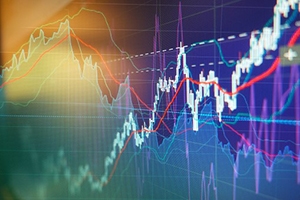 “Revenue growth in the first quarter was boosted by growth in Asia Pacific, while revenue was impacted by the loss of a global contract in 2017 in the Americas and Europe,” said Jeff Eberwein, CEO. “We are pleased to have completed our recent divestitures and are focused squarely on the recruitment process outsourcing business. After a busy first month in this new role, I look forward to continuing to work closely with our global leaders, developing strong client relationships, driving growth in our RPO business, improving our cost structure and delivering improved performance going forward.”

Hudson Global recently appointed its chairman Mr. Eberwein as its new CEO. He replaced Stephen A. Nolan. Richard K. Coleman Jr., Hudson’s compensation committee chairman, is now chairman of the board. Mr. Eberwein has more than 20 years of Wall Street experience, and has valuable public company and financial expertise gained through his employment history and directorships. Most recently, he served as CEO of Lone Star Value Management LLC, an investment firm he founded in 2013.

In three transactions, Hudson Global has completed the sale of recruitment and talent management operations in Europe and Asia Pacific. The company intends to focus on its growing global recruitment process outsourcing (RPO) business going forward.

The deal covers Hudson Global operations in the U.K., France, Spain and Poland as well as a network of franchise operations in Denmark, Sweden, Norway, Czech Republic, Ukraine and Slovakia. Established in 2013, Morgan Philips Group has offices in the U.S., Europe, Latin America, the Middle East and Asia. It provides executive search, permanent and temporary recruitment, interim management and talent management. The acquisition will create a combined business with a turnover of 130 million euros with 600 employees in 20 countries, according to industry sources.