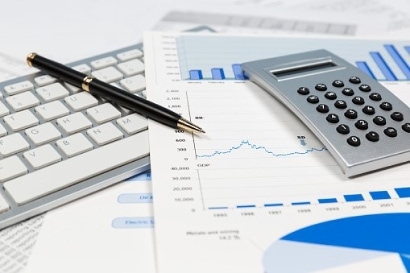 Executive search revenue increased 17.1 percent year over year, or $21.3 million, to $145.8 million from $124.5 million last year. All three regions contributed to growth in search: Revenue increased 11.9 percent in the Americas region, 36.2 percent in Europe, and 12.6 percent in Asia Pacific. The financial services, global technology & services and consumer markets search practices were key drivers of growth with billings up 29 percent, 28 percent and 17 percent respectively, compared to the 2017 first quarter.

During the quarter, the leadership consulting and culture shaping businesses were combined into one business, Heidrick Consulting, which saw revenues decline 8.3 percent during Q1, or $1.3 million, to $14.2 million from $15.5 million last year.

The Chicago-headquartered recruiting concern recorded net income of $10.2 million and diluted earnings per share was $0.53, this compares to earnings of $0.7 million, or three cents per share, last year.

“We are very pleased with our firm’s accomplishments in the first quarter, continuing on our momentum from year-end,” said Krishnan Rajagopalan, president and CEO. “All three regions achieved strong, double-digit net revenue growth and contributed to the year-over-year increase in executive search.”

“With the formal launch of Heidrick Consulting in the first quarter, we are now turning our focus to scaling the business to enhance our impact with clients by expanding our consultant expertise, service offerings, and scalable tools and methodologies,” said Mr. Rajagopalan. “We delivered significant improvements in operating income, operating margin and earnings per share in the first quarter and will remain vigilant in making strategic investments and managing costs.”

During the quarter, the board of directors has declared the second quarter cash dividend of $0.13 per share payable on May 18th to shareholders of record at the close of business on May 4th.

Zacks Investment Research recently raised shares of Heidrick from a “hold” rating to a “strong-buy” rating and set a $28 target price for the company. One investment analyst has rated the stock with a sell rating, four have issued a hold rating and one has given a strong buy rating to the stock. The stock presently had an average rating of “hold” and a consensus target price of $25.33. Rival Korn Ferry has seen its stock hit fresh highs recently – that firm has a market cap eclipsing $3 billion.

In January, a restructuring plan was revealed by Heidrick to reduce overall costs and improve efficiencies in its operations. The expected annual cost savings from the restructuring is expected to range from $11 million to $13 million. The firm also recently announced a series of changes to its leadership team. Mark R. Harris joined Heidrick as CFO, succeeding Richard W. Pehlke who retired in March. Mr. Harris had been CFO at Hercules Capital, a publicly traded business development company, with responsibility for the finance, accounting, operations, treasury, legal and investor relations.

Three Quarters of Recruiting Firms Expect Revenues to Rise in 2018
Seventy five percent of recruiting firms anticipated an increase in 2018 revenue versus 2017 revenue, according to Bullhorn’s “2018 North American Staffing & Recruiting Trends Report: The Industry’s Outlook for 2018.”

During the first quarter, Heidrick also appointed Amy Goldfinger and Mike Theilmann as co-leaders of its global human resources officers (CHRO) practice, based in New York City and Dallas. This follows the departure of Dan Kaplan who left the firm to lead Korn Ferry’s CHRO practice.

Ms. Goldfinger has been with the firm for 11 years advising clients in HR transformation, accelerated leadership, talent management strategy and execution, leadership assessment and development, and onboarding. She leads senior level HR searches including CHRO, heads of talent management, heads of organizational development, chief learning officers, heads of rewards and heads of recruiting for companies in every industry.

Heidrick is forecasting second quarter consolidated net revenue of between $160 million and $170 million. This forecast is based on the average currency rates in March 2018 and reflects, among other factors, management’s assumptions for the anticipated volume of new executive search confirmations, Heidrick Consulting assignments, the current backlog, consultant productivity, consultant retention, and the seasonality of its business.

“Our outlook for the market demand for executive search and leadership advisory services remains positive,” said Mr. Rajagopalan. “The strategic actions that we took at the end of 2017 are enabling us to execute our plan to drive profitable growth and operating excellence,” he said. “Our digital transformation – driving and leveraging our propriety IP-based solutions and data – will continue to distinguish Heidrick & Struggles in the market.”