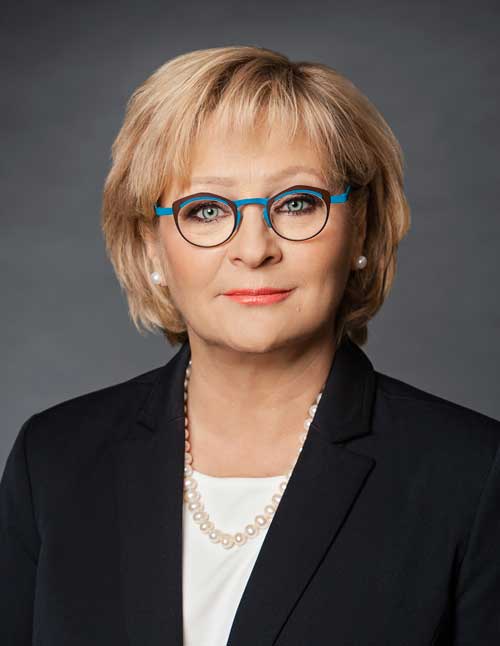 Karen Swystun is a founding Partner of Waterford Global Inc. Karen has more than 25 years of experience in search and has successfully carried out all levels of technical, scientific, physician, managerial, executive, and Board search engagements for a wide variety of clients in both the private and public sectors, nationally and internationally.

Recognized and respected as a trusted advisor, Karen is often called on to speak about a broad range of issues related to the strategic acquisition of talent and its impact on organizations and on their ability to achieve and exceed goals and objectives. Karen has built a reputation of excellence in her previous roles as a Senior Vice-President and Associate Partner, responsible for the Prairie Region, in the Executive Search Practice of PricewaterhouseCoopers LLP (PwC) and as a Partner with The Caldwell Partners International (Caldwell). Karen has also served on several community non-profit and not-for-profit boards. She previously served on the Board of Directors of The Health Sciences Centre Foundation and, for several years, she served on the Board of Directors of The Winnipeg Convention Centre, holding the position of President for two of those years. Karen’s community involvement also includes her role as a former member of a Management Advisory Committee at Red River College in Winnipeg, where she assisted in the development of a 3-year nursing degree program. Karen most recently served on the Board of then publicly-traded Gendis Inc.

In 2013 Karen was honoured with The Queen Elizabeth II Diamond Jubilee Medal for her long-standing and ongoing community contributions and leadership achievements at the local, provincial and national levels. She has also been selected to participate annually in PwC’s Global CEO Survey, the results of which are presented at the World Economic Forum in Davos. Karen was also named as a 2018 Finalist for the Entrepreneur of the Year Award by the Manitoba Chambers of Commerce.