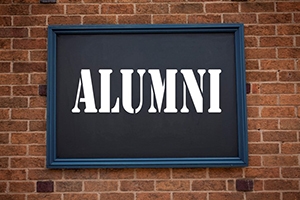 November 12, 2018 – R. William Funk & Associates, which specializes in recruitment for roles in higher education, was recently tapped by the University of South Carolina’s alumni association to lead its search for a new executive director. The search will be led by R. William Funk, president of the recruitment firm, and chief of staff Krisha Creal.

“Having assisted in the recruitment of the current president and provost of the university – as well as the last two presidents of the USC Foundations – we are delighted to be working with the association board of governors on this important search,” said Mr. Funk. “The CEO of the alumni association is at the heart and soul of the university community and the position should attract an outstanding pool of candidates.”

The executive director is the CEO of the alumni association and is charged with the management of the association and its various programs. The position reports to the association’s independent board of governors and has interdependent reporting to the university’s vice president for development and alumni relations. Headquartered in a newly built alumni center building, the executive director oversees a staff of 21 and an annual budget of approximately $4 million. The university has more than 300,000 living alumni.

The executive director will work in close coordination with the administration of the university and all its constituents to further the best interests of the institution and serve the alumni association, faculty, students and friends of the University of South Carolina.

The university is seeking a collegial, consultative, collaborative, yet decisive management style. Candidates should have highly developed interpersonal and communications skills and the ability to work well with individuals at all levels, said the search firm. Also required are: excellent listening skills, strong personal integrity, charisma and work ethic coupled with an informed sense of perspective.

The winning candidate must have a desire to deeply engage in the local and university communities, said R. William Funk & Associates. Commitment to diversity, intercultural understanding, inclusive institutional excellence and global engagement is strongly desired.

Founded in 1801, the University of South Carolina is the state’s flagship university, with nearly 50,000 students at the system’s eight campuses. The school is a complex, major research university with an annual budget of approximately $1.5 billion. It is one of only 32 public universities to earn both the top-tier research classification and the community engagement classification from the Carnegie Foundation.

R. William Funk & Associates has conducted more than 400 searches for university and college presidents and chancellors over the last 35 years. It recently placed Steven Leath as the 19th president of Auburn University.

Mr. Funk has been called the “guru of higher education recruiting” by the Chronicle of Higher Education and is listed as one of the 200 best executive recruiters in the world in the Global 200 Executive Recruiters: An Essential Guide to the Best Recruiters in the United States, Europe, Asia and Latin America.

Check Out These Related Articles On Searches For Alumni Associations: