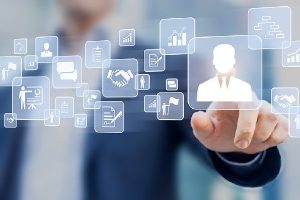 June 19, 2018 – Grace Blue has placed Vann Graves as the new executive director of the Virginia Commonwealth University (VCU) Brandcenter. He takes over the role from Helayne Spivak, who left the school in May.

“Along with my colleagues, I am delighted that Vann Graves is coming to VCU Brandcenter as its new executive director,” said Michael Rao, president of Virginia Commonwealth University. “He brings a wealth of expertise and life experience to the university. I look forward to witnessing the amazing things VCU Brandcenter faculty, staff and students will accomplish with Vann’s leadership and guidance.”

The Brandcenter is a VCU School of Business graduate program focused on developing the best creative problem-solvers in the world of brands. More than 200 students are enrolled in the two-year, full-time master’s program in one of five graduate tracks – art direction, copywriting, creative brand management, experience design and strategy.

Mr. Graves was selected over a pool of more than 60 applicants, about 15 to 20 of whom were considered viable candidates, said Ed Grier, dean of the VCU School of Business. They were considered by a search committee consisting of Brandcenter board members and faculty, VCU faculty and community members.

Mr. Graves, who starts his new role on Aug.10, is a creative leader with more than 25 years of experience directing and producing award-winning work for top agencies and brands. He currently serves as chief creative officer at J. Walter Thompson in Atlanta. During his career, Mr. Graves has helped guide such brands as American Airlines, AT&T, Cigna, Coke, GE, Lockheed Martin, MasterCard, M&Ms, Shell Oil Co., Snickers, U.S. Army and Visa. His work has won numerous industry honors, including Cannes Lions, London International Advertising Awards, the One Show, New York Festival, Art Directors Club Awards and Clio Awards. Mr. Graves is a board member of the 4A’s and a former member of the Ad Council Creative Review Committee.

Grace Blue Snags Chief Talent Officer as Asia Pacific CEO
As chief human resource officers and talent acquisition professionals gain as strategic advisors to their organizations, that increase in stature is preparing these executives to enter the executive search industry.

“Vann’s unique combination of skills, along with his energy, influence and ties to Richmond make him the perfect fit to take the helm of the VCU Brandcenter,” said Mr. Grier. “As businesses of all types are starting to recognize the importance of creative problem solving, Vann’s leadership of the Brandcenter will play a critical role in the advertising industry and beyond.”

Mr. Graves said the decision to come to the Brandcenter was an easy one. “The VCU Brandcenter embodies a culture of creative thinking and craft that is second to none and as our industry continues to evolve these are the skills that will be critical for its future leaders,’ he said. “The reputation of the school combined with such an amazing group of talented individuals in the alumni, the faculty and staff, the board and the members of the VCU community made this a unique opportunity and one that I was immediately drawn to.”

The VCU Brandcenter was named the No. 1 graduate advertising program by Creativity magazine and was the first winner of the 4A’s O’Toole award for the Best Advertising School.

In April, Grace Blue expanded into the sports industry to target leadership at sports agencies, teams, venues and leagues, as well as eSports, media and technology companies. The launch comes in conjunction with industry veteran Eric Guthoff joining the firm as partner. Mr. Guthoff co-founded GlideSlope, a boutique marketing agency in global sport, and helped guide it through an acquisition by CSM Sport & Entertainment last year.

“There is an incredible convergence in the world of sports, media and technology right now,” said Claire Telling, co-CEO of Grace Blue. “Grace Blue will help sports marketers proactively recruit transformative leadership talent and acquire the companies that will keep them ahead of the evolving landscape. We are also thrilled to welcome Eric to lead our expansion into such an exciting and innovative sector. His background, combined with our reach into forward-thinking agencies, consultancies, and Silicon Valley, will be a powerful solution for sports marketers.”

Check Out These Related Articles On Finding Marketing And Advertising Talent: