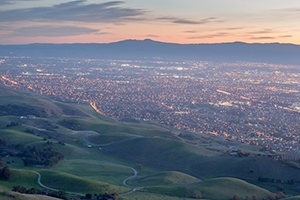 November 12, 2018 – After an extensive search, Jennifer Bol and Kristine M. Johnson of Spencer Stuart have placed Nicole Taylor as the new president and CEO of the Silicon Valley Community Foundation (SVCF). Ms. Taylor, who starts her new role Dec. 19, will be working closely with Greg Avis, the organization’s interim president and founding board chair, during the transition period.

“Nicole brings a legacy of exceptional leadership and community impact to SVCF,” said Dan’l Lewin, incoming chair of SVCF’s board of directors and member of the board search committee. “She has a genuine connection to improving the lives of those in our local community, and her passion for helping individuals pursue their own philanthropic goals make her an optimal choice to lead our organization.”

After retaining Spencer Stuart in June, the SVCF board’s CEO search committee received input from SVCF staff, as well as from key community and philanthropic partners. The search process included soliciting guidance about the desired qualifications and characteristics of the new executive. After reviewing all applicants, select candidates went through a multi-round interview and reference process.

Ms. Taylor brings together a rich background in Bay Area philanthropy, non-profit administration and fundraising with extensive experience in both the private and public sectors. She will be returning to the Bay Area from Arizona, where she served as VP of the ASU Foundation. In that role, she oversaw principal giving, estate and gift planning, corporate and foundation relations and annual giving. She also previously served as deputy VP and dean of students at Arizona State University.

Prior to that, Ms. Taylor was the associate vice provost of student affairs and dean of community engagement and diversity at Stanford University, after working as president and CEO of Thrive Foundation for Youth in Silicon Valley. She also spent more than 15 years with the East Bay Community Foundation, six of which she was president and CEO. Ms. Taylor was on the board of the Federal Reserve of San Francisco for six years and is currently a board member for Common Sense Media and the T. Gary and Kathleen Rogers Family Foundation.

In her new role, Ms. Taylor is responsible for leading the community foundation, which is deeply committed to the issues and well-being of Silicon Valley and beyond. For more than a decade, SVCF has been successful in growing its assets under management and in making an impact on the community. Ms. Taylor will have the opportunity to leverage this position and lead the organization into its next phase. This will include an evaluation of its strategy, culture and resources, among other tasks.

“I am thrilled to be coming to SVCF and back to Silicon Valley,” said Ms. Taylor. “My roots are in the Bay Area non-profit and philanthropic sectors, and I have lived in this region most of my adult life. Silicon Valley is a region of contrasts, one in which deep social challenges are often masked by the high-profile innovation culture. There is important work to be done in partnership with our donors, our community organizations and our civic and business leaders, and I am excited about the issues and challenges the organization is looking to tackle.”

“With Nicole’s leadership experience and commitment to serving local communities, I know SVCF will continue to make a profound impact,” Mr. Avis said. “I am confident that SVCF’s talented staff will flourish under her guidance. I look forward to working with Nicole over the coming months as she transitions into the role.”

Since SVCF was established in 2007, the organization has become the largest community foundation in the world, with more than $13.5 billion in assets under management.

Ms. Bol is a senior member of the firm’s education, non-profit & government practice based in New York. Her search work spans a broad range of senior leadership roles, including presidents, provosts, deans and executive vice presidents for most of the top universities as well as CEOs for other types of academic institutions, such as research institutes, elite independent schools and liberal arts colleges. She also has extensive experience identifying and recruiting presidents for large foundations, international non-governmental organizations and major cultural institutions.

Based in Southern California, Ms. Johnson is a core member of the education, non-profit and government (ENG) practice and has been instrumental in growing the practice on the West Coast while serving clients globally. Over the last decade, she has provided advice and guidance to a marquee client list that spans all ENG practice areas.