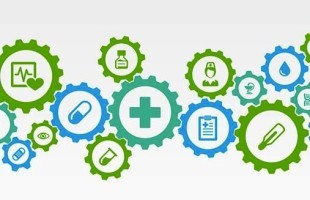 Mr. Cotton brings to the position over 25 years of diverse managed care and healthcare consulting experience, with a background in both operations and strategy. He has worked in many different arenas, including government-sponsored and provider-sponsored plans, commercial plans, wellness programs, and HMO and PHO environments, and on the multi state and national levels.

Before joining Providence, Mr. Cotton served as vice president and chief operating officer of dual-eligible and Medicaid programs for Humana. In this capacity, he had direct P&L accountability and was responsible, on a national level, for the management operations of Medicaid and state-based contract programs, including dual demonstration and long-term care programs, which generated over $3 billion in revenue. Previously, he served as a regional president for Evolent Health; CEO of Alere Health; president of national health plans for WellCare Health Plans, Inc.; president and CEO of Mid-Valley CareNet for Premier Health Partners; president and CEO of Amerigroup of Illinois; and COO of QualChoice Health Plan for University Hospitals Health System.

Providence Health Plan is a not-for-profit health insurance provider with more than 500,000 members nationwide. It is recognized as a national leader in quality, excellence, and innovation, ranking as one of the ‘Top 10 Most Admired Health Care Companies’ by The Portland Business Journal in each of the eight years the award has been presented, and being given a first-place rating by health insurers in customer satisfaction within the greater Portland metropolitan area.

Quick Leonard Kieffer is a Chicago-based search firm that specializes in the placement of executive-level employees across the healthcare industry. The firm was established in 1999 by co-founders, president Roger Quick and chairman Michael C. Kieffer.

Healthcare is among the most rapidly growing employment fields, and more consolidations in this part of the recruiting sector are expected, according to analysts at Hunt Scanlon Media who track trends in the executive search and talent management business.

According to the most recent U.S. Bureau of Labor Statistics report, healthcare employment increased by 24,000 in November, following a large gain in October (+51,000). During the month, hospitals added 13,000 jobs. Healthcare employment has grown by 470,000 over the year.