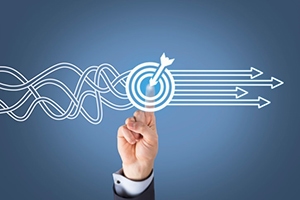 Mr. Buatti has more than 20 years of experience developing world-class manufacturing and supply chain organizations within fast growing consumer good companies. “Brett is a dynamic operations executive and general business innovator who has a reputation of being an agile leader who drives impact across the organization,” said Pi Executive.

The appointment comes as Ajinomoto Foods targets significant growth and continued evolution within its manufacturing and supply-chain organization. By capitalizing on its leadership position in ethnic frozen foods and appetizers, the company looks to grow both organically and through strategic acquisitions. With the appointment Mr. Buatti, Ajinomoto is poised to have an inspiring executive leading their operations development and growth, said the search firm.

Mr. Buatti previously worked for Pharmavite, a vitamin and supplement manufacturer in the U.S., where he was vice president of operations overseeing the company’s total end-to-end supply chain. Prior to that, he held positions at NBTY and Campbell’s in their manufacturing and supply-chain organizations.

Ajinomoto Foods North America is a leading frozen foods company with global reach. With a rich history of diverse ethnic offerings, its brands are well known across America.

Consumer brand recruitment firm Perpetual Insights launched its executive search and human resources consulting arm, Pi Executive, in 2016. Mr. Trippitelli joined the firm to lead the new division. Previously, he served as a member of the global consumer practice at Korn Ferry. Since its inception at the beginning of last year, Pi Executive has conducted over 50 executive searches in the C-suite and provided numerous talent consulting assignments.

Check Out These Relates Articles On Searches For Operations Executives: