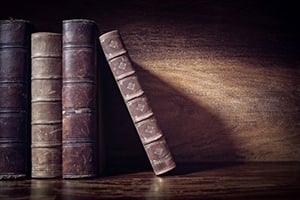 January 14, 2019 – Executive search firm Phillips Oppenheim has been retained by the Newberry Library, an independent research library in Chicago, to lead its search for a new president.

The new leader of the Newberry, as the library is commonly known, will succeed David Spadafora, who has served as president since 2005. The president of the Newberry serves as the institution’s chief executive officer and librarian.

Working with and reporting to the board of trustees, the president drives the formulation of the library’s vision, goals and direction, said Phillips Oppenheim. The individual must value serious scholarship and intellectual thought, and be able to articulate a compelling vision for the future of a collections-based research library that hopes to expand its impact broadly throughout the Chicago community and beyond.

The Newberry’s next president should be a successful leader, accustomed to setting a tone of collaboration and managing a strong professional team, said the search firm. He or she will be expected to project energy and enthusiasm qualities necessary to extend the library’s reach, resources and position among the cultural institutions of Chicago.

The new president will: serve as the chief steward of the Newberry’s world-renowned collections, working with staff and donors to enhance support for collection development, usage, conservation and accessibility; champion the Newberry both nationally and in Chicago; be a highly visible and articulate spokesperson, serving as a powerful voice for the humanities; provide leadership for strong fundraising initiatives including capital investment, endowment growth, annual operating support, and special projects; participate actively with the staff on key fundraising initiatives; and cultivate relationships that will continue to increase the Newberry’s profile and stature.

Candidates for the role should have a record as an inspirational leader able to articulate a mission with conviction and clarity, with the capability to build support among both internal and external constituencies, said Phillips Oppenheim. Prospects should also show evidence of visionary leadership and management in the academic, non-profit or business sectors.

Other requirements include: recognized experience and expertise that relate to the mission and operations of the Newberry; proven success in raising funds, as well as cultivating and soliciting new donors as well as good business acumen; the ability to apply management experience to the institution’s practices; ability to build new relationships and collaborations as a way to leverage assets and expand reach; experience working with a board; experience with cultural heritage institutions; and the capability to balance respect for a distinguished history and traditional practices with the need for creativity, innovation and growth.

An advanced degree, with a humanities Ph.D. is preferred. Candidates should have a passion for the Newberry’s mission and an appreciation for the humanities and intellectual pursuits; the ability to create and respond to new opportunities; an inclusive style with respect to empowering the staff and engaging the board; and a commitment to diversity, among other traits.

The Newberry Library, founded in 1887, is a world-renowned independent research library serving scholars and the general public alike. The Newberry shares its vast collections of rare books, maps, personal papers and other documents to stimulate intellectual research and public engagement. The library, which houses more than 1.6 million books, 5 million manuscript pages and 500,000 historic maps, is renowned for its collections. Core collection strengths broadly include: maps, travel, and exploration; music from the Renaissance to the early twentieth century; medieval, Renaissance, and early modern studies; early contact between colonizers and Indigenous peoples in the western hemisphere; the personal papers of twentieth-century American journalists; railroad archives; the history of printing; genealogy; and Chicago and Midwestern history.

The library recently completed a $12.7 million renovation of its first floor and lower level. Located in Chicago’s Gold Coast, the library has an endowment of $79 million and an annual operating budget of $12 million. It has a 34-member board and a staff of 108 professionals.

New York City-based Phillips Oppenheim, founded in 1991, provides mission-driven organizations with senior leaders from the business, public and non-profit sectors. It sponsors roundtable discussions, participates in workshops and conferences and acts as informal counsel to non-profit organizations and their boards. Among its large list of clients: New York City Ballet, the Museum of the American Revolution, the Metropolitan Museum of Art, the National Arts Club, Table to Table, the African Wildlife Foundation and the Barack Obama Presidential Museum, among many others.

Ms. Meade joined Phillips Oppenheim after a career as a government affairs executive in the financial services industry. Prior to joining Phillips Oppenheim, she was a senior vice president in the government affairs group at JPMorgan Chase, where she led multiple policy and public affairs initiatives on behalf of the financial services industry. During her tenure with JPMorgan and its predecessor banks, she was responsible for directing the bank’s legislative and political programs on both the federal and state levels.

Ms. Phillips Donaldson has more than 30 years of experience with non-profit organizations. She cofounded Phillips Oppenheim with Debra Oppenheim in 1991. Previously, she spent over 10 years in college administration as dean of admissions at Wesleyan University, associate director of undergraduate admissions at Yale College and founding director of admissions and placement at the Yale School of Management.