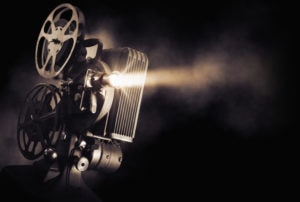 Kerry Brougher, the previous director, stepped down this summer. The museum has faced delays in opening as well as fundraising difficulties.

“The board unanimously welcomes Bill Kramer as the Academy Museum’s new director,” said Ron Meyer, chair of the Academy Museum board of trustees and Vice Chairman of NBCUniversal. “Bill’s experience and influence in the worlds of design, culture, and academia, coupled with his institutional knowledge of the museum, position him as an ideal leader to guide the museum to its opening and beyond.”

Mr. Kramer, who served as managing director of development and external relations of the Academy Museum from 2012 to 2016, will take the reins as the institution’s new leader on Jan. 1, guiding its artistic and cultural vision and overseeing the final phase of the museum’s completion.

“We are all very enthusiastic about working with Bill again,” said academy CEO Dawn Hudson. “He was an early leader of this project—a visionary who shepherded the initial design and construction process, and helped define the Academy Museum’s identity. In his recent work at the Brooklyn Academy of Music (BAM), he helped execute a ground-breaking expansion of BAM’s visual art program, attracting and connecting with broad and diverse worldwide audiences. We’re confident he will inspire our creative teams and lead the Academy Museum to successful completion.”

Mr. Kramer acknowledged his deep connection to the Academy Museum. “I am so looking forward to working again with the museum’s creative teams, staff and partners as we prepare to open the doors of our spectacular campus,” he said. “As I felt when I helped to launch this project, I am confident that we are building the world’s greatest museum experience dedicated to movies.”

During his time at the Academy Museum, Mr. Kramer oversaw production of the museum’s first exhibition, Hollywood Costume, which explored costume design in cinematic storytelling, featuring more than 100 iconic movie costumes. The inaugural exhibit attracted more than 78,000 visitors. Most recently, Kramer served as vice president of development at BAM, one of America’s most institutionally and programmatically diverse arts organizations. There, he led a 45-person team tasked with raising significant private and government funding, overseeing a visual art expansion program, and platforming BAM’s growing film program to an international audience.

The Magic of Cinema

During his earlier tenure as managing director of development and external relations of the Academy Museum, Mr. Kramer was chief planning, public relations, advancement, exhibitions, and government relations officer for the museum’s pre-construction phase, successfully raising $250 million to move the project into construction and managing the project’s public approvals process.

When it opens in 2020, the Academy Museum of Motion Pictures will celebrate the art and science of movies—past, present, and future. Its exhibitions and programs are expected to convey the magic of cinema and offer a glimpse behind the screen, illuminating the creative and collaborative process of filmmaking. Designed by Pritzker Prize–winning architect Renzo Piano, the Academy Museum will restore and revitalize the historic Saban Building—formerly an iconic May Co. department store—at the corner of Wilshire Boulevard and Fairfax Avenue in Los Angeles. The museum will feature six floors, including exhibition spaces, a 288-seat theater, an education studio, special event spaces, conservation areas, and a café and store. A new spherical addition will connect to the Saban Building with glass bridges and will feature a state-of-the-art 1,000-seat theater and a rooftop terrace with sweeping views of the Hollywood Hills.

Phillips Oppenheim, founded in 1991, provides mission-driven organizations with senior leaders from the business, public and non-profit sectors. It sponsors roundtable discussions, participates in workshops and conferences and acts as informal counsel to non-profit organizations and their boards. Among its many clients: New York City Ballet, the Museum of the American Revolution, the Metropolitan Museum of Art, the National Arts Club, Table to Table, the African Wildlife Foundation and the Barack Obama Presidential Museum, and others.

Ms. James has been recruiting for local, national and international non-profit institutions and corporations since 1996. A generalist, she has recruited chief executives for leading arts, aid, advocacy, education, environmental, faith-based, healthcare, philanthropic and social service institutions. Since joining Phillips Oppenheim in 2001, she has founded its visual arts practice, recruiting directors for more than one hundred art institutions.