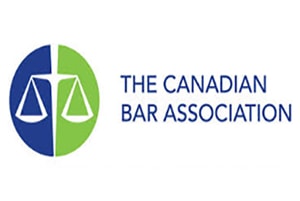 “On behalf of our executive committee, it is my pleasure to extend heartfelt congratulations to our new executive director,” said Margaret A. Mereigh, president of the CBABC. “Kerry has made significant contributions as interim executive director and we are thrilled to have her officially in the role. This is an exciting time for CBABC as we craft a new governance model to serve our strategic plan, and now we have an energetic, new leader to guide us in the years ahead.”

With extensive knowledge of the association’s history, mandate, culture and operations, member services and its role in the justice system, Ms. Simmons brings over 25 years of leadership experience and training, formal education in supervision, management and governance, and a decade of management experience of business operations and volunteers.

Ms. Simmons was called to the bar in 2000 and practiced with Cook Roberts LLP in Victoria, British Columbia until 2018 in family law, risk management, employment law, commercial disputes, estate litigation and professional negligence. She served on the firm’s management committee for four years. She joined CBABC in 1996 as a law student and became a member of the CBABC executive committee in 2008. Ms. Simmons was CBABC president for 2012-13, leading the organization’s advocacy for legal aid funding. She also served on the Canadian Bar Association National Board, leading and developing its strategic, governance and financial changes for three years, culminating in her year as national president in 2017-18. Most recently, she co-chaired the CBA’s Truth & Reconciliation Task Force.

“This is such an exciting opportunity to move forward with CBABC, to work on behalf of British Columbia’s lawyers, law students and judges,” said Ms. Simmons. “This organization can enhance a lawyer’s practice and well-being, and our collective work can improve our justice system, which affects everyone in British Columbia. Working with people who share a common goal is what I enjoy most – putting ideas into action, solving problems, and supporting others to be their best.”

The Canadian Bar Association is the professional organization representing more than 38,000 lawyers, judges and law students across Canada with 7,000 members in British Columbia.

PFM serves a wide range of industries, working with private, public and not-for-profit organizations to fill senior-level executive positions. Among the roles that the firm has recently filled include: director of technology services, infrastructure andenterprise applications, for Vancouver Airport Authority; chief executive officer for the BC Trucking Association; and chief financial officer for InTransit BC.

PFM recently completed searches for a wide range of positions. Here is a sampling:

PFM Executive Search placed Victoria Lee as president and CEO of Fraser Health Authority. She replaces Michael Marchbank, who recently retired. PFM partners George Madden and Shelina Esmail led the search. Dr. Lee has a deep understanding of the healthcare system and the needs of the people within it – both those receiving care and those providing it, the firm said.

PFM Executive Search placed Cynthia Kinsella as chief development officer of the Greater Vancouver Food Bank Society. “With Cynthia’s proven success of mentoring effective teams and implementing process improvements throughout her career, she will be a valued member of GVFBS’s executive team.”