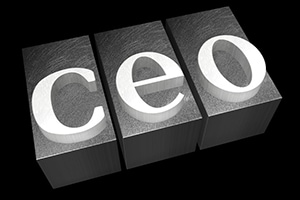 Mr. Simms brings over 20 years of executive leadership experience with Fortune 50 companies and a diverse business background in accounting, operations, merchandising, loss prevention and human resources. He spent the bulk of his career with Walmart, where for 10 years he oversaw the pharmacy and optical retail operations for Walmart Western Canada. Most recently, Mr. Simms was a senior executive with STARS Air Ambulance.

Founded in 1969, Fraserway RV has grown from a small, local business to become Canada’s largest and only national RV dealership network with over 650 full-time team members and an additional 300 to 400 employees in the summer months. The organization is also the largest and only Canadian-owned RV rental company in Canada with 13 locations coast-to-coast.

PFM serves a wide range of industries, working with private, public and not-for-profit organizations to fill senior-level executive positions. Among the roles that the firm has recently filled include: director of technology services, infrastructure & enterprise applications, for Vancouver Airport Authority; chief executive officer for the BC Trucking Association; and chief financial officer for InTransit BC.

Ms. Esmail joined PFM 20 years ago as research director and became an associate partner in 2008. Before joining PFM, she was a senior research and marketing analyst for Colliers International in Vancouver and California. Her professional experience and depth of business knowledge provides a rich foundation for leading senior executives to some of Canada’s top organizations.

PFM recently completed searches for a wide range of positions. Here is a sampling:

PFM Executive Search placed Victoria Lee as president and CEO of Fraser Health Authority. She replaces Michael Marchbank, who recently retired. PFM partners George Madden and Shelina Esmail led the search. Dr. Lee has a deep understanding of the healthcare system and the needs of the people within it – both those receiving care and those providing it, the firm said.

PFM Executive Search placed Cynthia Kinsella as chief development officer of the Greater Vancouver Food Bank Society. “With Cynthia’s proven success of mentoring effective teams and implementing process improvements throughout her career, she will be a valued member of GVFBS’s executive team.”

PFM Executive Search placed the new vice president of human resources for the University of British Columbia. Barbara Meens Thistle comes to the job from the Insurance Corporation of BC (ICBC), where she was VP of central services. PFM partners George Madden, Shelina Esmail and Allison Rzen led the search.