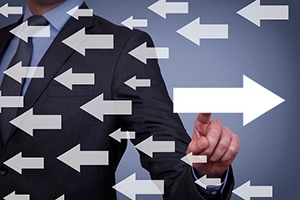 “With Cynthia’s proven success of mentoring effective teams and implementing process improvements throughout her career, she will be a valued member of GVFBS’s executive team,” PFM said. Ms. Kinsella has had a 28-year career in business development, operations and leadership, working with some of Canada’s most respected organizations.

Most recently, she was vice president of employee support solutions for Morneau Shepell’s Western region, where she was successful in growing market share and increasing customer satisfaction while leading, mentoring and engaging a team of professionals across the West. Prior to that, Ms. Kinsella held senior leadership positions with Optum Canada, TELUS and Accenture Business Services.

In this newly created role, Ms. Kinsella will lead the strategy and operationalization of the organization’s revenue development, communications, outreach and donor stewardship activities. This inaugural role will allow the GVFBS to more deeply and effectively connect with the community it serves, and further the organization’s vision, mission, values, brand and food philosophy.

The Greater Vancouver Food Bank was created as temporary relief to the hunger crisis in 1982 and has grown significantly in the three decades since then. Today, it provides assistance to over 27,500 people weekly. The non-profit serves this community through multiple distribution locations, community kitchens, training workshops and partnerships with more than 80 community agencies located in Vancouver, Burnaby, New Westminster and North Vancouver.

PFM serves a wide range of industries, working with private, public and not-for-profit organizations to fill senior-level executive positions. Among the roles that the firm has recently filled include: director of technology services, infrastructure & enterprise applications, for Vancouver Airport Authority; chief executive officer for the BC Trucking Association; and chief financial officer for InTransit BC.

PFM also recently placed David Long as chief operations officer at the Greater Vancouver Food Bank Society. Mr. Long has held a number of roles over a long career in the hospitality industry, including CEO of Vancouver’s Terminal City Club; executive chef at the Terminal City Club, preparing more than 20,000 meals a month; and general manager of the North Shore Winter Club.

Virtually every industry needs top-drawer chief development officers. CDOs play a key role in planning, coordinating and administering capital campaigns, corporate giving and galvanizing new donors while keeping previous funders content. Implementing funding strategies that “keep the lights on,” according to recruiters specializing in the function, is job one.

Recruiters continue to report that CDOs are in high demand. Fundraising prowess and having an ability to drive growth are essential parts of the job in nearly every competitive organization today.

Recruiters generally say that the best training for these positions is experience, noting that there are many industry conferences and summits that are beneficial for benchmarking and sharing of best practices.

evelopment Resources inc. (DRi) has placed Emily Tracy as the new chief development officer of Polaris, an anti-human-trafficking organization. Ms. Tracy most recently served as national director of development for the National Alliance on Mental Illness.

RG Executive Search has been retained by Shatterproof, an addiction prevention non-profit, to lead its search for a new chief development officer. DRG managing partner David Hinsley Cheng is leading the search along with senior consultant Carmel Napolitano.

arvard Group International placed Mandy Nelson as the first ever CDO of After-School All-Stars (ASAS). Managing director and non-profit practice leader Cyndi Court led the search. Most recently, Ms. Nelson served for seven years as the associate vice president for development in the Pacific division of the American Red Cross.