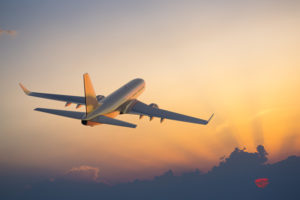 Mr. Atkins takes over from Alex Robertson, who served as CVAC’s acting CEO since the late Fred Bigelow’s departure for medical leave in 2019. “We are extremely pleased to welcome Mike to CVAC,” said Martin Crilly, board chair. “This year has been a difficult one, adapting to the challenges of a global pandemic, while coping with the sad passing of CEO Fred Bigelow. Like Fred, Mike is a former commander at 19 Wing Comox, with established relationships with community stakeholders, making him ideally suited to take the lead of our organization in the midst of ongoing recovery efforts. We have every confidence that the airport will continue to thrive under Mike’s direction and leadership.”

Mr. Atkins brings significant team-building, leadership, crisis and strategic planning experience developed through multiple positions in search and rescue and higher headquarters during a 35-year military career. In addition to his command at 19 Wing, he is a former commanding officer of 413 Transport and Rescue Squadron, and most recently, the Canadian defense advisor to the U.K. He holds a bachelor of engineering degree from the Royal Military College of Canada, an MBA from Saint Mary’s University and a master of defense studies from King’s College London.

Adapting to the Virus

“I am honored to have been selected as Fred’s successor, and look forward to working with the CVAC team, the board, 19 Wing and the community as we continue to adapt to the evolving realities of a COVID-19 environment,” said Mr. Atkins.

“I am eager to assume my new role, leading the innovation and adaptation that will be required to ensure that CVAC continues to provide excellent aviation services while enabling the economic growth of the Comox Valley,” he added.

Mr. Bell joined PFM as a consultant having previously worked as a search analyst at another executive search firm where he collaborated and provided support on executive search, board recruitment and director candidate assignments. Prior to that, Mr. Bell worked as a risk consultant and advisor where he researched and authored reputational due diligence reports that enabled his clients to minimize their risk and make informed strategic decisions. He has also worked in advertising as an account executive.

Check Out These Relates Articles On Searches for Canadian Organizations: