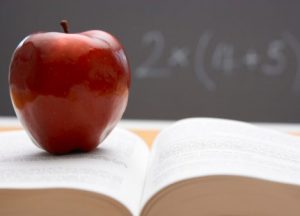 June 21, 2019 – Leaders International Executive Search has placed the new president of Red Deer College (RDC) in Alberta, Canada. Peter Nunoda, president of Vancouver Community College, will start in his new role on Sept. 3. He succeeds Joel Ward, who is retiring after 10 years at the helm.

During an extensive search that lasted more than 15 months, RDC’s board of governors identified Dr. Nunoda as the strongest candidate to lead Red Deer College through a time of growth and change as it transitions to become Red Deer University.

“We are extremely excited to welcome Dr. Peter Nunoda as the 11th president of Red Deer College,” said Morris Flewwelling, chair of the school’s board of governors. “His attributes and experiences at the college and university levels, along with his significant work with Indigenous communities, make him the ideal candidate to lead RDC through the continuing growth and transition to become a comprehensive regional teaching university.”

Dr. Nunoda, who holds a doctorate in history, brings more than 30 years of post-secondary experience to his new job. He has been in his current position since 2014. He previously served as vice president, academic and research at Northern Lights College for three years. Before that, he was dean of the faculty of health at the University College of the North, served as director of access programs and program director for Aboriginal focus programs at the University of Manitoba, and was an instructor in the departments of history and native studies at the University of Manitoba, where he conducted research projects on various topics, including Aboriginal health education and Aboriginal student retention. His subject matter expertise in Aboriginal health also led him to a position with the indigenous health unit at James Cook University in Australia.

“This is an exciting time for Red Deer College as we transition to university status,” said Dr. Nunoda. “The future is very bright as we work together to achieve what this community and region have dreamed about for a long time. It is our responsibility to make the vision of a high quality comprehensive post-secondary institution a reality for the generations to come. I look forward to working with our many stakeholders on this transformational journey.”

Dr. Nunoda told the local Red Deer Advocate that he feels his “proud” Japanese-Canadian background has shaped his perception in valuing higher education and welcoming all forms of diversity.

Red Deer College wanted a good fit for its college to university changeover, said Mr. Flewwelling. “We wanted somebody who could lead us through that transition who had experience both in college and university administration,” he said. “We looked at somebody who shared the same values as we have at the college and in this community and who would become a member of this community that the community would embrace.”

Mr. Flewwelling said the school sought someone who wasn’t exotic or difficult to work with. “Once we interviewed Dr. Nunoda, we knew we had the right person,” he said.

Dr. Nunoda said he looks forward to helping the public community college transition into a university. “We will become a teaching university, not a research university like the University of Alberta or the University of Calgary,” he said. “That will mean our mission to students is first and foremost but at the same time, we want to give students the opportunity to begin and finish their post-secondary education here at the university. I can imagine it’s going to take us the better part of two years to accomplish the first parts of that transition.”