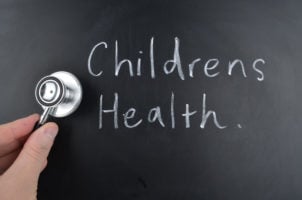 Dr. Berman, who starts his new role August 1, currently works for the Izaak Walton Killam Hospital for Children (IWK) Health Centre and Dalhousie University. There, he serves as interim vice president of research, innovation and knowledge translation; associate chair of research in pediatrics; and full professor in the departments of pediatrics, pathology and microbiology and immunology at the faculty of medicine.

“I am truly thrilled to join CHEO and the CHEO RI in these two leadership roles,” said Dr. Berman. “I hope to bring my passion for research to improve healthcare and share it with others through mentorship, guidance and build on the excellent clinical care for which CHEO is nationally and internationally recognized. I look forward to the opportunity to enhance the strong research culture at CHEO and foster innovation and knowledge translation throughout the organizations and with our partners across the region, the country and around the world.”

The hospital’s selection committee, including leaders from CHEO, CHEO RI and other stakeholders, considered a strong list of Canadian and international candidates, said CHEO. “We ultimately chose Dr. Berman because of his track record as an effective, collaborative and passionate leader and administrator; a successful, credible and accomplished researcher; a warm, engaging person who will fit well with CHEO’s culture; and a high-energy, strategic and confident contributor,” said the hospital.

Dr. Berman, a practicing pediatric hematologist/oncologist, will join the research group’s dedicated oncology and hematology staff. He is an active member of the C17 Canadian Childhood Cancer Network and president of the Canadian Society of Clinical Investigation. Dr. Berman also has an extensive basic science research program and was the first Canadian scientist using zebrafish as a tool for cancer research.

CHEO also praised Martin Osmond for his leadership of the CHEO RI for the past 10 years. “The organization has seen tremendous growth during his tenure, including grant success, increased peer-reviewed publications and world-class research programs, backed by a strong administrative team,” said CHEO. “As VP research at CHEO, Dr. Osmond has truly integrated research throughout the hospital, ensuring that the discoveries being made by researchers support children, youth and families in living their best life.”

CHEO, founded in 1974, is one of Canada’s few stand-alone pediatric health centers. It is the second largest healthcare organization in the Champlain Local Health Integration Network, with more than 2,900 doctors, nurses and additional staff. Each year, the hospital has more than 6,900 admissions and 7,800 surgeries, as well as nearly 169,000 visits to its outpatient clinics. Its pediatric emergency room sees more than 72,000 patients a year.

The CHEO Research Institute coordinates the research activities of CHEO and is affiliated with the University of Ottawa. Its three programs of research are molecular biomedicine, health information technology and evidence to practice research. Key themes include cancer, diabetes, obesity, mental health, emergency medicine, musculoskeletal health, electronic health information and privacy, and genetics of rare disease.

Boyden is a talent advisory and leadership solutions firm with more than 65 offices in over 40 countries. Founded in 1946, the firm specializes in high-level executive search, interim management and human capital consulting across a broad spectrum of industries.