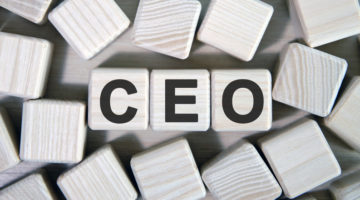 September 11, 2020 – Vancouver, British Columbia-based PFM Executive Search has placed Terry Lake as the new CEO of BC Care Providers Association (BCCPA) and EngAge BC. He will succeed acting CEO Mike Klassen, who will support Mr. Lake with the transition and continue on in a senior management capacity. Partner Allison Rzen and consultant Matthew Bell led the assignment.

“Following a rigorous search, the board of directors is proud to announce the appointment of Terry Lake as CEO of BC Care Providers Association and our operating arm EngAge BC,” said board president Aly Devji. “Through our process it became clear to the board that Terry’s impressive combination of public and private sector accomplishments, leadership skills and strategic thinking make him an excellent fit and the right choice to lead BCCPA and EngAge BC at the most important time in our 43-year history.”

Mr. Lake is well-known for serving as British Columbia’s Minister of Health (2013 to 2017) and as a two-term MLA representing Kamloops-North Thompson. In his years prior to serving at the B.C. Legislature, he was mayor of Kamloops. He has also taught at Thompson Rivers University in animal health technology and in the School of Business and Economics. Before that he was a business owner, a practitioner of veterinary medicine and a broadcaster.

“I am very excited to join BC Care Providers Association and EngAge BC as CEO,” said Mr. Lake. “BCCPA is an organization that I have worked with before, and I have watched it grow into an important force in B.C. and across Canada in the area of seniors health and housing. In particular during the pandemic, BCCPA has provided decisive leadership to help keep residents and staff in our care homes and independent living sites safe.”

Ms. Rzen joined PFM in 1999. Initially one of the firm’s research associates, she has a reputation for her sensitivity to the range of specific skills and intangible qualities required by client organizations. Her strong interpersonal abilities and business skills help her quickly match qualified candidates with the right positions, said PFM. Her previous experience coordinating convention services for the Greater Vancouver Convention and Visitors Bureau provided her with firsthand knowledge about working with diverse stakeholders and clients.

Mr. Bell joined PFM as a consultant having previously worked as a search analyst at another executive search firm where he collaborated and provided support on executive search, board recruitment and director candidate assignments. Prior to that, Mr. Bell worked as a risk consultant and advisor where he researched and authored reputational due diligence reports that enabled his clients to minimize their risk and make informed strategic decisions. He has also worked in advertising as an account executive.

Check Out These Relates Articles On Searches for Canadian Organizations: