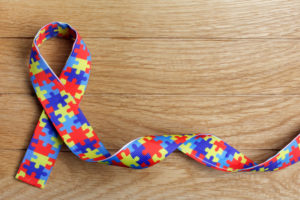 “We are excited to welcome Britt to the CAN team, and feel that he is the right person to lead the organization into its next chapter of growth and development,” said Paolo Aquilini, founder of Canucks Autism Network. “I am confident that under Britt’s direction CAN will be well positioned to empower more individuals and families living with autism to live rich and full lives, while increasing acceptance and understanding of autism in the community at large.”

An award-winning leader, Mr. Andersen brings business, fundraising and non-profit experience. He joins CAN from the Terry Fox Foundation where he served as executive director. There, he oversaw 45 staff and 16,880 volunteers, across 10 Canadian offices. Before that, he was the CEO of the Coast Mental Health Foundation. Earlier in his career, Mr. Andersen was a regional manager with Canadian Blood Services.

“We have selected a very strong leader at a time when CAN is in a very strong position,” said Bill Macdonald, chair of the CAN board. “Britt’s proven ability to drive growth and build effective teams, paired with his broad background and expertise, make him uniquely equipped to successfully lead CAN moving forward.”

Mr. Andersen said he was excited about his new role. “I look forward to the new challenges this role offers and hope to make an immediate and positive impact on delivering CAN’s vision of understanding, acceptance and support for every individual with autism in all community spaces,” he said.

Mr. Andersen is responsible for the direction and execution of day-to-day activities and the delivery of the group’s vision: that every individual with autism to be understood, accepted and supported in all community spaces. As the new CEO he will literally be at the forefront of change people’s lives for the better through leadership focused on programs, training and awareness. Mr. Andersen will lead a dedicated staff team and work with a highly engaged volunteer board, donors and key partner groups to deliver on the mission of the ‘I CAN’ philosophy of believing in every individual’s ability and to encourage the development of self-confidence, self-esteem and a sense of purpose in play, work and life.”

Canucks Autism Network was founded in 2008 by Vancouver Canucks co-owners, Paolo and Clara Aquilini, whose son has autism. The organization is dedicated to providing year-round sports and recreation programs for children, teens, young adults and families living with autism, while increasing autism awareness and providing training in communities across British Columbia.

PFM serves a wide range of industries, working with private, public and not-for-profit organizations to fill senior-level executive positions. Among the roles the firm has recently filled include: director of technology services, infrastructure and enterprise applications for Vancouver Airport Authority, chief executive officer for the BC Trucking Association and chief financial officer for InTransit BC.

A longtime veteran of the executive search industry, Mr. Madden’s professional accomplishments in communications, public affairs and management have made him a well-known figure in the Canadian business landscape.

Ms. Esmail joined PFM 20 years ago as research director and became an associate partner in 2008. Before joining PFM, she was a senior research and marketing analyst for Colliers International in Vancouver and California.