Menu
View our Events
Stay Connected:
For the second straight week, new unemployment claims remain under the one million mark. But as we enter fall, fresh fears of a second wave of the COVID-19 pandemic could have a big psychological impact on hiring. Let’s go inside the numbers and explore recent reports from ManpowerGroup and Randstad RiseSmart. 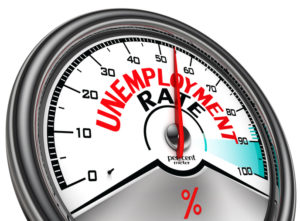 September 10, 2020 – The Labor Department reported this morning that 884,000 more Americans filed new claims for state unemployment benefits last week. Economists surveyed by Dow Jones had been looking for a total of 850,000. The latest figures portend an unstable and volatile job market.

“With the coronavirus continuing to shut down entire college campuses, the source of all the economic carnage remains unchecked,” said Indeed Hiring Lab economist AnnElizabeth Konkel. “We’ll see if the latest holiday weekend results is spiking cases, which would further hinder the economy’s healing.”

Six months into the pandemic, the sluggish rate of recovery has led to a spike in corporate discussions about permanent job cuts, with nearly half of businesses who have already announced furloughs or layoffs saying they expect to make further adjustments in the next 12 months, according to a recent survey by Randstad RiseSmart, an outsourcing firm.

“Although the pace of recovery has been gradual, there is evidence that the U.S. economy is rebounding,” Mr. Davenport said. “The latest Bureau of Labor Statistics jobs report found the unemployment rate decreased to 10.2 percent in August, and more businesses have been given the green light to reopen, leading to an uptick in open positions and an increase in consumer spending. Some industries have been impacted more than others and may either take longer to recover or will not fully recover. For example, even before COVID-19, the brick-and-mortar retail sector was already facing projections of massive job losses. The current environment has accelerated that trend.”

“The travel and hospitality industry is likely to recover at a slower pace. Just last week, American Airlines announced major layoffs, as airline passenger volumes aren’t projected to return to 2019 levels until 2023 or 2024,” said Mr. Davenport. “While it isn’t clear when the U.S. economy will fully recover, an important indicator will be the ability for states across the country to keep infection rates low, giving employers the confidence to reopen offices and ramp up hiring.”