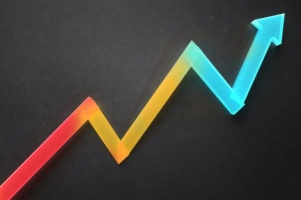 May 21, 2019 – Building on a period of unprecedented expansion, global search firm Odgers Berndtson has brought in Richard Pooley as a partner in its U.S. professional services, technology and CFO practices. He will be based in the firm’s Boston office.

“We’re delighted to welcome Richard to the team,” said Steve Potter, CEO of Odgers Berndtson U.S. “He has more than 25 years of executive recruiting experience and has built a significant presence working at the intersection of professional and technology services, focusing on data privacy, data analytics, digital innovation, risk and regulatory advisory, and broader management consulting services. His addition to the firm significantly enhances our expertise in each of those spaces.”

Mr. Pooley joins Odgers from Heidrick & Struggles, where he was a member of the global technology services practice. Prior to that, he was a partner in CTPartners’ professional services and CFO practices. Mr. Pooley was previously a partner at Rockpools, a London-based search boutique, where he helped build the professional services practice and led the CFO team. Earlier in his career, he held positions at Veredus Executive Search, International Search, Norman Broadbent, and Ernst & Young, all in London.

“I am very pleased to be joining the U.S. team,” said Mr. Pooley. “Odgers has a significant international presence, and I look forward to working closely with colleagues in the U.K. and continental Europe while further enhancing our professional services, technology and CFO capabilities in the United States.”

For more than a half century, Odgers Berndtson has delivered executive search, leadership assessment and development strategies to organizations globally. The firm’s 250-plus partners cover more than 50 sectors and operate out of 59 offices in 29 countries. The U.S. wing of the firm launched in 2011 and is one of the fastest growing search firms in the Americas under Mr. Potter’s stewardship. Odgers Berndtson currently has U.S. offices in Atlanta, Austin, Boston, Chicago, Dallas, Denver, Houston, Los Angeles, Miami, Minneapolis, New York, Philadelphia, San Francisco and Washington, D.C.

Odgers Berndtson has recently experienced a wave of growth. In April, the firm named Jamie Crittenberger as a partner in its U.S. sports practice. He is based in Washington, D.C. Mr. Crittenberger joins Odgers from Spencer Stuart, where he was a member of that firm’s global consumer practice and co-leader of its North American sports business practice.

The recruiting firm also opened a new office in Atlanta with the additions of Mats-Ola Bydell and Christopher Grahn. The Atlanta office is being led by Mr. Bydell, who joined Odgers Berndtson as a partner in the industrial practice. He specializes in board and senior executive succession for both large and mid-cap global companies, and has extensive experience providing executive search and talent solutions to North American and global European-headquartered clients. Mr. Bydell came from Korn Ferry, where for 10 years he was a senior client partner in its global industrial market.