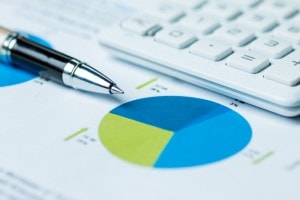 February 25, 2016 – Dice Holdings, Inc. / (NYSE:DHX) posted 2015 revenues of $259.7 million, a decrease of 9.8 percent from $262.6 million the previous year. “2015 was a year in which we set the stage for the company’s next iteration. We brought new products to market, organized ourselves to gain efficiencies, and today, offer new services and have deeper relationships with our customers,” said CEO Michael Durney.

“As we look to 2016, we remain focused on our path of innovation. We have exciting new products in the pipeline that will further expand our market opportunity across all of our brands, as customers continue to look to new tools to help find and engage with professionals. Our organization structure is in place, and we are well-positioned to leverage capabilities across the organization and build upon our already strong foundation,” he added.

During the fourth quarter, total revenues for Dice declined four percent to $65.1 million from $67.8 million a year ago. Excluding Slashdot Media, total revenues were $61.4 million. Analysts were looking for revenues of $64.53 million.

The company recorded a net loss for the quarter of $28.2 million or $0.56 per share, compared to profit of $6.5 million or $0.12 per share last year. On average, five analysts polled by Thomson Reuters expected earnings of $0.11 per share.

Recruiter Rankings: Global 20
This year Hunt Scanlon reviewed an exhaustive list of global recruiting providers and culled it down to the top 20 global talent providers that now dominate the recruiting business worldwide.

Revenue growth in the company’s tech & clearance segment was driven by growth of 17 percent at ClearanceJobs and six percent at Dice Europe. Finance segment revenues increased 10 percent in constant currency, driven by increases of eight percent in North America, 19 percent in the Asia Pacific region and 13 percent in the U.K. The decline in energy segment adjusted revenues reflects the negative impact on recruitment and advertising activity from the poor overall market in oil and gas.

“Even though our energy business has been severely impacted by lower oil prices and volatile market conditions, we achieved further improvement in our overall financial performance during the fourth quarter, highlighted by growth in adjusted revenues and improvement in adjusted EBITDA margin in all of our other core segments,” said CFO John Roberts.

During the fourth quarter, the company purchased approximately one million shares of its common stock at an average cost of $8.41 per share, for a total cost of approximately $8.4 million. At December 31, 2015, approximately $47.6 million remained authorized for repurchase under a $50 million plan that expires in December 2016.

Also during the quarter, Dice completed the sale of its Slashdot and SourceForge businesses (together referred to as Slashdot Media) to BIZX, LLC in a transaction that closed on January 27. Financial terms were not disclosed.

Check Out These Related Articles On Dice’s Financial Performance In 2015: