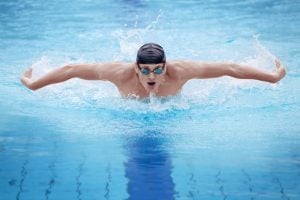 June 7, 2017 – With the 2020 Tokyo Olympics and Paralympic Games on the horizon, executive search firm Nolan Partners has assisted British Swimming in the placement of Jack Buckner as chief executive officer. He succeeds David Sparkes, who retired after 23 years with the organizations. Partner Andy Taylor led the search.

Mr. Buckner, who is currently CEO of the British Triathlon Federation, will take the reins of British Swimming in the coming months to provide strategic leadership and build upon the organization’s best-ever Olympic and Paralympic Games’ performances in Rio de Janeiro. Previous to his role at British Triathlon, he worked as strategic lead for national governing bodies and market development for Sport England.

”After a complex global search featuring a group of high caliber international candidates and some really tough decisions for the board, I’m thrilled for both British Swimming and Jack,” Mr. Taylor said. “Ultimately Jack brings lifelong global experience in the sport as a double Olympic athlete, commercial expertise from roles including marketing director for Adidas in the U.S. and leading Sport England’s investment across national governing bodies across talent and participation.”

Mr. Sparkes said he was impressed by the choice. “Jack will find himself leading a great team of people who in turn have some fantastic athletes,” he said. “I am sure under Jack’s leadership we will see British Swimming move on to even greater success. I shall now, as a volunteer where I started from in 1994, take an interest as we prepare for Tokyo and future challenges.”

British Swimming is the national governing body for swimming, para-swimming, diving, high diving, synchronized swimming, water polo and open water in Great Britain. It is responsible internationally for the high performance representation of the sport.

Over the last 25 years, sports has grown into a formidable global industry. In recent years, teams like the Dallas Cowboys, Real Madrid, and Manchester United, to name just a few, have seen their valuations soar into the billions of dollars, with no end in sight. Propelled by new digital platforms and technologies, these organizations now compete as global brands on a playing field strewn with entertainment choices galore ….. Here’s some further reading from Hunt Scanlon Media.

Sports Recruiting Finds Its Own Field of Dreams
Sports teams, from the professional level on down to college athletic programs, all now require the same professional talent base as IBM. It’s no wonder dozens of search firms grind it out for every plum assignment that surfaces somewhere every day.

Mr. Taylor leads the firm’s sports practice and conducts board level, CEO and managing director mandates. He has conducted significant work in the betting & gaming industry, including several executive board level searches at Ladbrokes and William Hill.

“The San Jose Earthquakes hired us to conduct a search of North American and European executives with soccer expertise, strong commercial acumen and previous CEO experience,” said Chad Biagini, managing director of North America at Nolan Partners. “Tom Fox won the role, making him the first-ever president of an MLS team who has previously been the CEO of an English Premier League club. Prior to being CEO of Aston Villa FC, Tom was chief commercial officer of Arsenal FC, one of the most accomplished clubs in global football.”