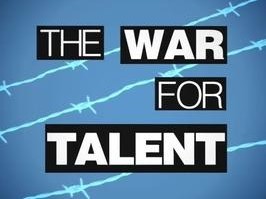 July 24, 2015 – The war for talent has taken an unusual twist this summer, pitting a well-financed American search firm against its publicly-traded Canadian rival. It is a cross-border takeover attempt, reports Hunt Scanlon Media, the likes of which the executive recruiting industry has not seen before.

A testy exchange of letters between the chairmen of both recruiting outfits over the past month — a new one was just released this morning — has made it plainly clear that neither side is likely to give up its dug-in position anytime soon.

For its part, Chicago-based DHR International started acquiring large blocks of shares in another publicly-traded American competitor, CTPartners, at the beginning of the year. CTPartners had miscalculated the fallout from an alleged sexual discrimination bias complaint against some of its senior managers that found its way into the New York and London tabloids. In short order, its most important revenue-producing consultants bailed for competitors and clients walked away in droves from long-standing relationships with the company.

“Korn Ferry came away with the biggest kill,” said Scott A. Scanlon, founding chairman and CEO of Hunt Scanlon Media. But DHR ultimately settled for the biggest chunk of CTPartners ‘selected assets’ which included some 75 recruiters located among some 17 worldwide locations. “In my mind, DHR was the clear winner,” said Mr. Scanlon. “The firm made good on a plan set out several years ago by its CEO, Geoffrey Hoffmann, to put a full court press on expanding its global capabilities.”

DHR sees another opportunity north of the American border. And in Toronto sits the firm DHR now has in its cross-hairs. Caldwell Partners, the fastest growing Top 10 search firm ranked by Hunt Scanlon in 2015, was founded in 1970 by irascible businessman Doug Caldwell. Mr. Caldwell stepped aside years ago from running the day-to-day operations of the firm, though he remains one of its largest shareholders. Calls to Mr. Caldwell have gone unanswered, so whether he supports a sale is unknown.

But from letters that have been written by Caldwell’s chairman, G. Edmund King, and made public by Caldwell, there is clearly not the slightest interest among its current senior management team in pursuing a deal to sell out to DHR. In fact, in Mr. King’s last letter sent to Mr. Hoffmann, he unhesitatingly states that Caldwell will “vigorously defend” against any takeover attempt by DHR.

So far, the Caldwell board has marginalized the offer to be acquired by David H. Hoffmann, the DHR chairman. Mr. Hoffmann has spent the better part of the last month acquiring a near six percent stake in Caldwell, making DHR its third largest shareholder. Last week, Mr. Hoffmann offered a 45 percent premium for Caldwell, but his attempt to buy the company was rebuffed out of hand. The Caldwell Partners board flatly rejected the offer, with Mr. King writing to Mr. Hoffmann: “Simply put, and as they have expressed to you, our partners are not willing to be part of a firm controlled by DHR.” Mr. King wrote that he would “refuse to engage in further discussions.”

DHR has now responded this morning. In a letter from Mr. Hoffmann to Mr. King, Mr. Hoffmann writes that before receiving Mr. King’s latest rejection letter, “we were hopeful that the Caldwell Board would give appropriate consideration to the substantial premium that we indicated we would be willing to pay to Caldwell Partners shareholders.” Instead, Mr. Hoffmann writes, “your letter states that the Caldwell Board’s decision not to explore a transaction which would provide that premium is ‘strongly validated’ by selected ordinary course recruitment efforts by DHR, and indicates your belief that as a stand-alone company Caldwell Partners will reach a $100 million in annual revenue. In the face of the facts, and in view of DHR’s public statement of its willingness to pursue a transaction at between C$1.80 and C$2.00 in cash per common share, your response has done nothing to change our prior conclusion that the Caldwell Board’s determination to cut off further discussions is unsupported, unacceptable for a publicly traded company and violates the board members’ fiduciary duties to its shareholders.”

Mr. Hoffmann writes that Mr. King refers to “four attempts by DHR partners prior to July 14, 2015 to cause your partners to ‘jump ship;'” Mr. King stated in his previous letter that those overtures constituted a “clear attempt to undermine the business of Caldwell Partners and depress its share price.”

As a participant in the executive search industry, writes Mr. Hoffmann, “you are aware that recruitment discussions between partners of different firms occur almost continuously in the normal course of business in our industry. We note that during the same time period, Caldwell Partners actively solicited for employment several of DHR’s current search consultants. The Caldwell Board’s recasting of ordinary course recruiting contacts as a nefarious attempt to undermine Caldwell Partner’s business and share price, all while simultaneously engaging in the same activity, is at a minimum disingenuous and hypocritical.”

Mr. Hoffmann then writes that he does not share in Caldwell’s optimism which Mr. King expressed is his last letter to Mr. Hoffmann that left alone on its current path Caldwell Partners would likely achieve becoming a $100 million revenue firm. “While you omit to state any time frame for when shareholders could expect this goal would be achieved,” writes Mr. Hoffmann, “we think the probability that Caldwell Partners ever will achieve this goal is somewhere between zero and highly remote given that over the past several years Caldwell Partners has recorded low margins as compared to its publicly traded competitors, and apparently has moved toward a franchise business model as evidenced by its announced ‘expansion’ into Latin America by way of ‘strategic alliance’ rather than by acquisition or organic growth.”

Mr. Hoffmann then references a $2 million termination payment payable to the consultants forming part of the Latin America alliance in the event of a change in control of the firm in favor of a “multinational executive search firm.” At current exchange rates, Mr. Hoffmann surmises, “this represents C$2.6 million or approximately 7.2 percent of Caldwell Partners’ current market capitalization,” with such amount allocated, according to Mr. Hoffmann, only to the limited number of members of the Latin America affiliation. “This represents a clear attempt by management and the Caldwell Board to entrench themselves by making it more difficult and expensive for a third party such as DHR to acquire Caldwell Partners, again to the detriment of the shareholders of Caldwell Partners,” writes Mr. Hoffmann.

Additionally, writes Mr. Hoffmann, “we have to question the decision making process that resulted in Mr. Wallace [Caldwell’s CEO], receiving total compensation in 2014 that was over 118 percent of the operating profit of the entire company in 2014.”

Mr. Hoffmann ends with this: “Your letter also emphatically states that your partners have expressed to DHR that they are not willing to be part of a firm controlled by DHR. What expressions are you referring to? We have not received any such communications directly from the partners of Caldwell Partners. If you are referring to the coercive loyalty poll of Caldwell Partners referred to in your July 16th letter, we note that you have not responded to the request in our letter that the Caldwell Board provide transparency and disclose its analysis and process with the following information: (1) the identity of the members of the Special Committee and information supporting their independence; (2) the number of meetings held by the Special Committee without the remaining members of the Board of Directors who are not independent; and (3) a description of the process by which the partners and any other shareholders of Caldwell were contacted for their input, including how many partners and shareholders were actually contacted, whether the process was conducted by the Special Committee or management and how the potential transaction was described to the partners or shareholders given the lack of meaningful discussion on value and premium.”

Mr. Hoffmann says he believes the Caldwell board appears to have placed undue reliance on this flawed survey of its partners as a justification for denying its shareholders the opportunity to receive an immediate premium on their shares. “It is incumbent on the Caldwell Board to provide the requested information to the shareholders at the earliest possible date.” DHR remains the third largest shareholder, says Mr. Hoffmann. “We are steadfast in our belief that a negotiated combination of our two companies is in the best interest of Caldwell Partners and its shareholders.” 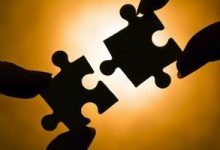 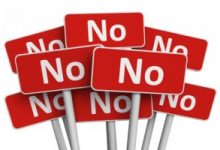 Caldwell Partners To ‘Vigorously Defend’ Against Takeover Bid From DHR 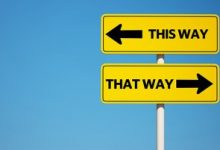