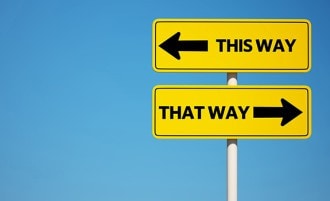 July 17, 2015 – Within 48 hours of being stiff-armed in his bid to take over Caldwell Partners, DHR International chairman David Hoffmann said that he has no intention of backing down from plans to acquire his publicly-traded Canadian rival.

In a detailed letter penned to his Caldwell counterpart, G. Edmund King, Mr. Hoffmann said that the Caldwell Board’s determination to not pursue discussions with DHR is “unsupported, unacceptable for a publicly traded company and violates the board members’ fiduciary duties to its shareholders.”

Mr. Hoffmann continued: “Although we expressed at various points our willingness to acquire Caldwell Partners at a meaningful premium to the trading price of its common shares, at no point during any of our prior contacts did you, Mr. Wallace or other representatives of Caldwell Partners ask for more specific information regarding the price at which DHR was interested in pursuing a transaction. We find it untenable that the Caldwell Board’s determination to foreclose any opportunity for the shareholders to realize a premium on their shares be based on a stated justification that is ignorant of any consideration of the size of the premium that DHR is willing to pay.”

Mr. Hoffmann in his letter questioned Caldwell’s justification for its decision to rebuff his offer, calling it “troubling and unacceptable.” He then pointedly asked Mr. King: “How can [your] Special Committee rely on a process in which individual partners were effectively asked by their superiors if they would prefer to work at another company? Such a process is by definition overly coercive in a manner that would make it unreliable to serve as the basis for an informed business decision and, more importantly, as a basis for the exercise of the fiduciary duties of the Caldwell Board.” Mr. Hoffmann said the Caldwell Board does not refer to support from any shareholders other than members of management or partners of Caldwell Partners.

“Even if the share ownership of management and the partners represents one-third of the outstanding common shares, the Caldwell Board cannot, consistent with its fiduciary duties, fail to conduct any meaningful price discovery and rely on a coercive loyalty poll of its partners as the primary justification to deny the remaining holders of two-thirds of the shares of Caldwell Partners the opportunity to maximize the value of their shares,” wrote Mr. Hoffmann.

Accusing Caldwell Partners of operating “more like a private partnership for the benefit of its management than a public company focused on principles of good corporate governance,” Mr. Hoffmann referred to the compensation package of its chief executive, John Wallace, as an example, citing a pay package of C$1.5 million, which Mr. Hoffmann claims is “a whopping 116 percent of Caldwell Partners’ C$1,262,795 operating profit for all of 2014.”

Mr. Hoffmann then laid out his demand as the company’s third largest shareholder, a result from recently massing stock in the company. “We request that the Caldwell Board supplement the disclosure to the public shareholders of its analysis and process with the following information: (1) the identity of the members of the Special Committee and information supporting their independence; (2) the number of meetings held by the Special Committee without the remaining members of the Board of Directors who are not independent; and (3) a description of the process by which the partners and any other shareholders of Caldwell were contacted for their input, including how many partners and shareholders were actually contacted, whether the process was conducted by the Special Committee or management and how the potential transaction was described to the partners or shareholders given the lack of meaningful discussion on value and premium at this stage.”

Mr. Hoffmann concluded his letter to Mr. King stating that Caldwell’s decision not to pursue an acquisition “has not weakened DHR’s belief that a combination of the two companies would result in significant strategic benefits for both companies and their respective stakeholders, including their shareholders, clients, partners and employees. DHR reiterates its strong preference to pursue discussions with Caldwell regarding a consensual transaction between the two companies at the earliest possible time.”

As an offer, Mr. Hoffmann said he was willing to pay between C$1.80 and C$2.00 in cash per common share to acquire 100 percent of the equity of Caldwell, representing a 45 percent premium over the average trading price in the weeks prior to the June 25 trading halt which preceded news of DHR’s interest in pursuing a transaction with Caldwell. According to DHR’s calculations, this offer represents “a premium of more than double the average five-year trading price.”

“Mr. Hoffmann clearly has not backed off his belief that these two firms should join forces to maximize their potential as a combined entity,” said Scott A. Scanlon, founding chairman and CEO of Hunt Scanlon Media. “I’ve known him for 25 years. He can be single-minded and determined. I don’t see Dave Hoffmann walking away from this without a fight.”

At press time, Caldwell Partners said the company believes Mr. Hoffmann’s letter “contains a number of inaccuracies and will respond in due course.”