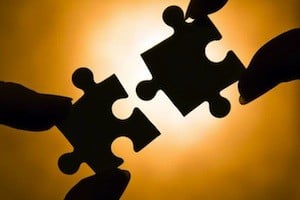 July 31, 2015 – David H. Hoffmann, chairman of Chicago-based DHR International, and his Canadian rival, G. Edmund King, chairman of Caldwell Partners International, spoke by phone yesterday — in what has been described as an “amicable conference call” — and agreed to cease further contact regarding an acquisition transaction by DHR. A temporary trading halt in Caldwell shares was implemented two days ago on the Toronto Stock Exchange, but the suspension was lifted yesterday morning with a surge in trading volume. Caldwell shares fell 16 percent in value late in the day. The company’s market cap dipped as a result, to $29 million, from a high of nearly $40 million just a few weeks ago.

Caldwell’s chairman, Mr. King, sent a letter to Mr. Hoffmann three days ago stating unequivocally that after a month of overtures from DHR the company had no interest in being acquired. Mr. King called DHR’s attempts “subversive” and “disruptive” and that it viewed DHR as a “destabilizer” of its business interests. “What is further frustrating is that you are ignoring the impact that your continued advances could cause on the business you wish to acquire,” Mr. King wrote in a private letter to Mr. Hoffmann. Mr. King attached a memorandum to his letter that was signed by the 37 partners of Caldwell stating their declaration of full support of Mr. King’s decision to decline any further invitation to discuss an acquisition.

“The Caldwell Partners brand,” the partners’ letter read, “has stood for results, personal service and long term relationships. For some of us, it has been the place where we grew up and learned the business and our values. For others, it has been an oasis – a refuge from the market constraints, policies and politics of the big firms.”

In response late last evening, Mr. Hoffmann said that “DHR does not want to be, nor ever wanted to be, involved in a hostile takeover. We want to wear a white hat, as we always have.”

Mr. Hoffmann initiated contact with Mr. King a little over a month ago, and began buying shares in Caldwell just three days after DHR struck a deal to acquire 17 offices and about 200 employees of embattled New York rival CTPartners. That deal, which handed DHR — the sixth largest U.S. search firm — a core group of about 75 European and U.S.-based search professionals, is estimated to have added $75 million in revenue to DHR, according to an analysis by Hunt Scanlon Media.

A deal for Caldwell could have added another $50 million plus the largest Canadian platform of any executive recruiter. Caldwell Partners, ranked No. 9 by Hunt Scanlon, is the fastest growing top 10 search firm and in Canada it is the market leader. The firm enjoyed a 20 percent revenue spike in its recent third quarter, marking a ninth consecutive quarter of year-over-year growth.

Ultimately, DHR acquired 5.6 percent of Caldwell’s stock, giving it unprecedented ownership of a direct recruiting rival. But as a result of their phone conversation yesterday, Mr. Hoffmann and Mr. King agreed that DHR would dispose of its complete ownership stake in Caldwell and, “in order to avoid any overhang of these shares in the market,” Caldwell Partners agreed to purchase DHR’s shares at a price of C$1.40 per share.

Importantly, Messrs. King and Hoffmann also agreed on their phone call to a two-year mutual non-solicitation understanding, pursuant to which neither would solicit partners or search consultants of the other. But either firm can hire partners and search consultants who leave employment or who initiate discussions with the other party (with prior discussions being grandfathered). A two-year standstill pursuant to which DHR and its affiliates would not acquire shares of Caldwell Partners was also agreed upon.

“This is a graceful exit for Mr. Hoffmann,” said Hunt Scanlon CEO, Scott A. Scanlon. “But in my personal view, David Hoffmann has not backed off his belief that these two search firms should join forces to maximize their potential as a combined force in the recruiting industry. I would not be at all surprised to see another combination attempt in two years time. Canada remains highly strategic for DHR as the firm expands its global talent services to multinational clients.”