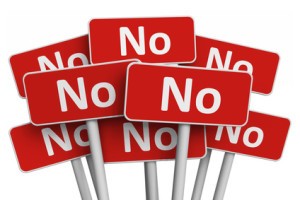 July 20, 2015 – The board of Caldwell Partners has flat out rejected an offer from DHR International to be acquired.

In response to a letter received late last week from DHR chairman, David Hoffmann, Caldwell’s chairman G. Edmund King sent a response after trading hours on Friday saying he would “refuse to engage in further discussions.”

In a final emphatic sentence, in bold text, Mr. King wrote: “Simply put, and as they have expressed to you, our partners are not willing to be part of a firm controlled by DHR.”

Since June, Mr. Hoffmann has accumulated more than a million shares in his publicly-traded Canadian rival. His private equity firm, Osprey Capital, which owns DHR, has amassed a stake making it now Caldwell’s third largest shareholder, according to Mr. Hoffmann.

“As fiduciaries,” Mr. King wrote to Mr. Hoffmann late Friday, “all of the actions of our Special Committee and Board of Directors are designed to preserve and enhance shareholder value. Indeed, over the last six years, Caldwell Partners’ share price has risen from the $0.50 range to the $1.50 range, our revenue from the $15 million range to the $50 million range, and our dividend payout from $0.00 to $0.08 per share.” Mr. King said that from his vantage point, “we are well on our way to becoming a $100 million revenue firm and will do so without the intervention of DHR International, so long as our assets remain intact and are not disrupted.”

In a previous letter to Mr. Hoffmann, Mr. King had voiced his concern about the potential “destabilizing effect” that could result if he invited Mr. Hoffmann in to meet with the Caldwell board to discuss a way forward. In this letter, Mr. King expressed that sentiment again, saying the “board determined that any encouragement of DHR’s interest in Caldwell Partners would be destabilizing to our most valuable assets – our people – and should they leave the firm, both our revenue and share value would be negatively impacted.”

Mr. King then accused Mr. Hoffmann of using strong-arm tactics and said his board’s refusal “to engage in further discussions with DHR was strongly validated by the events that were occurring prior to my July 14, 2015 letter. While you professed to me on our July 7, 2015 phone call that you would like to avoid a confrontation, we are aware of at least four attempts by DHR partners specifically stating they represented you to contact our partners in order to urge them to ‘jump ship’ and join DHR prior to any transaction. We believe this was a clear attempt to undermine our business and depress our Company’s share price.” DHR denies this claim.

“Our Board of Directors has the responsibility to protect the investment of all our shareholders,” concluded Mr. King. “As such, we will vigorously defend any further attempts by DHR to disrupt or undermine our business.”