Stay Connected:
A report by Bullhorn has found that 75 percent of recruiting firms expect to bring in more revenue this year. The report shows that recruiters are optimistic for 2018, despite growing concerns and emerging challenges related to automation, macroeconomics, and politics. Let’s dig into the report findings. 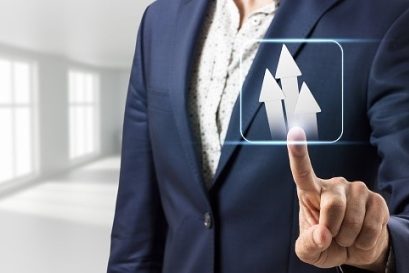 Overall, the report showed that recruiting professionals remain optimistic for a successful 2018, as they did for 2017, despite increasing concerns and emerging challenges related to automation, digital staffing platforms, macroeconomics and politics. Recruiting firms identified their top three priorities for 2018 as increasing profitability (45 percent), driving top-line revenue growth (43 percent) and improving candidate sourcing (42 percent).

The survey found that firms anticipated revenue growth with limited margin expansion for 2018. A majority of staffing firms expected increases in hiring needs (70 percent), billable hours (62 percent) and temporary placements (59 percent) in 2018. On the other hand, a majority of firms (about 55 percent) predicted that both bill rates and margins would stay flat or decrease in 2018, and about half of respondents (49 percent) ranked pricing pressures and margin compressions as a top-three challenge.

“2018 holds tremendous opportunities for North American recruiting firms as they look to continue growing their businesses during a period of relatively strong economic growth,” said Gordon Burnes, chief marketing officer of Bullhorn. “While there are long-term strategic decisions to be made, especially around automation and digital recruiting platforms, adoption of these new technologies has been relatively slow, and recruiting firms should feel encouraged about the industry outlook for 2018 and prepare for another successful year.”

Four Major Global Recruiting Trends from LinkedIn
Hiring talent has become highly transactional. Tedious candidate searches, endless scheduling and repetitive screening can be inefficient and mind numbing. A new report suggests that it’s time for recruiting to focus on the more gratifying aspects of the job – the human part, the strategic part.

Related: 13 Rules for Getting the Most Out of Your Executive Search Firm

How New Market Dynamics are Shifting Priorities for Executive Recruiters
To remain relevant to their clients, executive recruiters – now more than ever – must be willing to adapt. In the new global context, “leadership as usual” is well on its way out, and recruiters must stop relying on an out-of-date approach.

With persistent talent shortages and pricing pressure, Bullhorn asked how should North American recruiting firms plan to achieve a productive and profitable 2018?

Here are 10 takeaways from the new North American Recruiting Trends Report to help you weigh competing priorities and focus your thinking:

1. Plan for revenue growth in 2018, but be realistic. Three quarters of survey respondents predicted a revenue increase in 2018, although about 15 percent of firms fell short of their predictions last year.

2. Expect quantity over quality in hiring. Expect strong hiring demand, anchored by the temporary/contract market. But be prepared to defend your bill rates and margins against constant pressure.

3. Boost technology investments. Don’t delay enterprise spend on technology that boosts efficiency or innovation. Half (52 percent) of North American firms are investing in enhancements to their tech profile.

5. Pay more attention to your placed candidates. It doesn’t take much, but a little love goes a long way. Placed candidates are the single best source of referrals to grow your business; plus you’ll have a better chance at redeployment.

6. Text all your candidates (not just Gen Z). While phone and email outreach still dominate recruiting, texting is increasingly utilized to communicate with candidates of all ages.

7. Automate both sales and recruiting tasks. Using automation to minimize low-value tasks – such as scheduling interviews and onboarding candidates—pays off in increased engagement with candidates and clients.

8. Rethink the competitive landscape. If (like most survey respondents) you’re not sure what impact digital staffing platforms will have on your business, start educating yourself. Consider the possibility they may be an untapped talent source.

10. Use both subjective and objective performance metrics. Client satisfaction counts, but it’s hard to measure. Build an arsenal of data-driven metrics that give you unbiased insight into specific areas where you can improve performance.