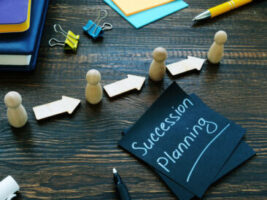 November 3, 2022 – The executive director/CEO position in a non-profit organization is a central element in the organization’s success. Therefore, ensuring that the functions of the executive director/CEO are well understood and shared among senior staff and the board of directors is important for safeguarding the organization against unplanned or unexpected change. This kind of risk management is equally helpful in facilitating a smooth leadership transition when it is predictable and planned.

“It all starts with a policy and a plan,” said Ann Graff, senior search consultant for The Moran Company, in a new report. “To be prepared for the unexpected or planned transition of the executive director/CEO, it is best practice to have a thorough succession plan in place.”

The plan, the report said, should include the following:

“The plan should outline for the board a temporary staffing strategy, including the option of appointing an interim executive director/CEO,” said The Moran Company. “It is best practice to name at least two senior staff who might fill the temporary or interim position. The plan should also include how the temporary staff will be paid, how the board will support that individual during the absence of the executive director/CEO, and how the changes will be communicated to the staff and other stakeholders.”

In the event that it is determined that the executive director/CEO will not be returning to the position, the board will need to consider if they will conduct the search themselves or choose to contract with a professional executive recruitment firm to conduct the search, said the report.

In addition to The Moran Company’s own online articles on the topic, including “Common Questions About Non-profit Executive Searches” and “Questions to Ask Search Firms,” the report recommended a book called The Non-profit CEO Succession Roadmap, Your Guide for the Journey to Life’s Next Chapter, by Don Tebbe. It outlines important steps for all parties to consider.

For example, The Moran Company said, the board should remember the following points:

1. This is not a routine personnel decision. “You cannot just run a couple of ads in the paper and do a couple of interviews,” said the report. “You do not want to mis-hire for this position!”

2. Succession makes people emotional. Both the departing executive director/CEO and the team will go through a range of emotions. “Careful planning, recognizing those emotions, and having a common vision with clearly defined roles will make the transition successful,” said the firm. 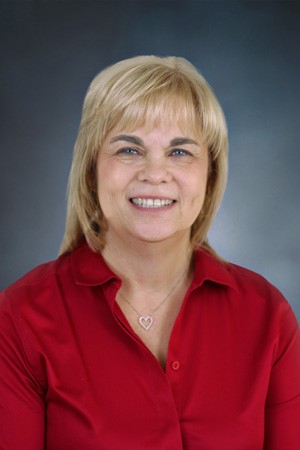 Ann Graff has a total of 35 years of executive-level experience in the nonprofit sector. During that time, she spent 6 years as CEO at a community action agency and 14 years as CEO of a large non-profit organization serving individuals with developmental disabilities. Her experience includes personnel management, strategic planning, organizational development, outcome measurement, and working directly with boards of directors. In addition, Ann has experience with federal programs such as HUD, Medicaid, and Medicaid Waiver, Early Head Start and Head Start, Community Services Block Grant, and Housing Development.

3. The executive director/CEO impacts the organization’s direction, and viability. Be prepared to research comparable salaries and invest in the position to attract top talent. “If there is a need to conserve resources, consider what training opportunities would be available for a less experienced leader who shows tremendous potential,” said The Moran Company.

4. A leadership transition is a big change for the organization and the people the organization employs. It is a process of change that needs to be managed so that the staff and stakeholders are not negatively affected. “Gathering input and communicating consistently about transition plans, as well as general recruiting progress, will help put everyone at ease,” said the study. “It will pave the way for timely introductions to be made and strong relationships to be built with the new hire.”

5. The outgoing chief executive may be a hard act to follow, especially if they have been with the organization for a long time. Acknowledge this reality and work hard to align expectations between the board and the new leader to understand what success looks like in the first month and year. Having clear goals and expectations will keep everyone looking in the same direction as the organization moves into the future.

The Moran Company, based in Leawood, KS, specializes in searches for non-profit leadership, including executive directors, fundraising/development directors, hospital foundation directors and other senior executives. Bill Moran founded the search firm in 1996. He has worked on more than 60 non-profit searches over the past 12 years. He has spent another 10 years as senior fundraising staff and 12 years as a fundraising consultant serving more than 100 clients.

Related: The Moran Company Seeks CEO for Together Women Rise