Menu
View our Events
Stay Connected:
ON Partners leaders Brad Westveld and Bryan Buck know that these are uncertain times, but they think the coming months could have an up side for many companies, not the least of them being the chance to hire some top-rate talent. 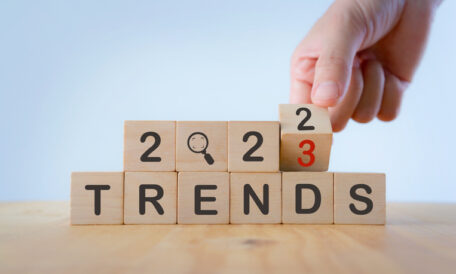 “What happens over the remainder of the year will give us a strong idea about how 2023 might look,” said Mr. Buck. “We’ve got the midterm elections and overall political uncertainty, Fed meetings, energy including oil and gas, inflation. Supply chains are finally starting to loosen up, and the CHIPS Act just passed. Everybody’s in a bit of a wait-and-see mode right now.”

“We’re expecting some choppiness in the marketplace, and we’re well positioned in areas like clean tech, sustainability, healthcare, technology, consumer, and private equity and growth equity markets, where there’s still a lot of dry powder of funding that needs to be deployed,” said Mr. Westveld. “That’s going to carry the industry for a fair bit while companies look at building out management teams in the second half and into 2023. We’re also focused on areas like ESG, which seems to be strong going into the second half of the year. For example, we’re working with Lucid Motors, probably the biggest player outside of Tesla in the electric vehicle space. If you look at the macro aspects of the EV market, the automotive space in general, LiDAR, and self-driving, that’s going to be strong in the second half and into 2023.”

Mr. Westveld notes that ON Partners has been working with companies like John Deere, which historically has focused on environmental issues and sustainability, and Baker Hughes, a $20 billion spinoff of GE focused on the oil field services space, where a lot of innovation is happening. “If you look at energy prices and how a lot of these multinationals are looking at green initiatives, those are going to drive the second half,” he said. “We’re also working with Samsung, which – on the heels of the semiconductor bill being signed into law – is investing $17 billion in a plant in Austin to build chips for things like smart homes and smart devices.

“It’s not surprising that companies, especially in the tech sector, are announcing they’re slowing hiring after adding significant headcount last year,” said Mr. Buck. “We’re likely to see more opportunistic hiring. Companies need CEOs, CFOs, CSCOs, VPs of engineering, and top cybersecurity executives right now and there’s an opportunity for those not rushing to the sidelines to find top-tier talent despite a more conservative stance on broader hiring volume, talent that is the right fit in terms of skills and culture and cost.”

“It’s a great time right now for our clients to continue to be active in the market because there are opportunities to pursue and attract candidates who they might not have had the chance to recruit 18 months ago because equities were through the roof and everything was up and to the right,” Mr. Buck said. “For executives, there are increasing opportunities to be very intentional about what they want beyond simply accepting the highest offer – an organization that is mission-driven, that is impacting global warming for the better, an organization where they can do their life’s work. The companies taking it seriously will be better equipped to compete for top talent.” 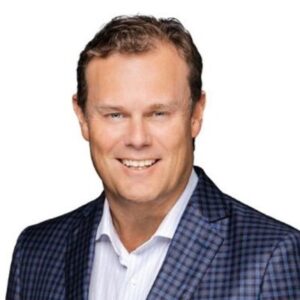 “There’s a real opportunity in the second half of the year for executives to have conversations with companies they may not have previously been able to, according to Mr. Westveld. “Think about it this way: If an executive joined a company in the last two years and received a fairly large stock grant or an RSU or PSU grant, their stock across the board, especially in the technology space, is down anywhere from 60 percent to 80 percent,” he said. “So, a year ago, a $2 million equity package would have been something my clients would not have been able to afford. Now, with those stocks down significantly, it allows us to have conversations with some really strong talent who are probably looking at the next year or more of some choppiness and are more open to looking at other opportunities.”

“If you’re a hiring company right now, there’s an opportunity to look at talent a little bit differently in the second half of the year,” Mr. Westveld said. “I think there’s going to be some layoffs, and some of that will be absorbed by the growth in areas like sustainability, health tech, healthcare, consumer, and consumer devices. In terms of functional roles, CISOs continue to be in high demand, both in B2B and B2C, as are heads of supply chain and procurement.”

CFOs who have raised funding, secured debt, completed strategic partnerships or partner affiliations are in demand as well, according to Mr. Westveld. “If we look six to 18 months out, the role is really one of a strategic arm of the CEO around funding, investment, debt, M&A, and strategic partnerships. In addition, there’s still a lot of innovation happening in areas like AI, computer vision, and machine learning,” he said. “So, heads of AI, and leaders of machine learning are important and aren’t likely to be affected by any economic downturn. The demand and pay for these jobs will increase dramatically in the next decade, with related training happening in colleges and high schools, because it’s not going to matter what the stock market is doing. If you’re in those spaces, your job security is going to be really good.”

“In times like this, the search firms that can execute well provide not only great candidates but great market data,” said Mr. Buck. “They’re consultative, not just transactional. The ones that can execute in good times and bad are the ones that continue to form long-term relationships and become really trusted. That is a trend that people forget about in good times but in bad times, it becomes very clear who is and isn’t great at that.” 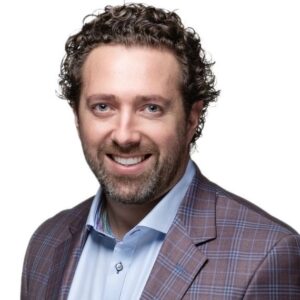 “Our best clients come to us when they need a sounding board and want to really think through with us the types of candidate profiles that make the most sense, how to think creatively about potential candidates who might not come from more traditional geographies or industries for a given role,” Mr. Buck said. “Broadly speaking, we’re viewed as a trusted consultant by our client base, which is an honor – and it’s also part of the fun of our job.”

“If ever we get to a time like the last two years again, culture is going to be as important as experience,” Mr. Buck said. “Companies were focused on the functional expertise that they needed, and I think some overlooked the culture fit piece. Going forward, I think companies have realized it’s as much about functional expertise and speed and getting people on board as it is, ‘Are they the best right fit for us?’ I think those are some lessons learned for companies that just tried to double headcount at all costs.”

“Going on three years of essentially remote work, I believe there’s going to be a dynamic that happens in the next year or two where in some cases, employees have never met their bosses in person after working for them for three or four years,” Mr. Westveld said. “The challenge for hiring companies is how to retain talent. How do you engage talent so they understand and appreciate your culture, so they don’t essentially become mercenaries and take the next job that simply pays them the most money, vs. ‘I really love my boss, I love the mission of my company?’ While we’re moving away from the mercenary scenario, culture and retention are big issues that will need to be addressed in the coming years.”

When it comes to diversity, some companies are living up to the promises of a few years ago and some continue to offer lip service, according to Mr. Buck. He points to Logitech as a great example of a company that just goes out and does it. “Bracken Darrell is one of the best CEOs in the tech space and their numbers show that a more diverse company is a better performing company,” said Mr. Buck. “I do think boards and CEOs recognize the importance of it. They have made incredible strides over the last couple of years to bring that more not only into the light but into reality.”

“There needs to be continued effort in education, starting at the grade school level, which is where STEM programs come in,” said Mr. Buck. “It’s the importance of introducing everyone to projects and initiatives early on because that’s where a lot of the passion starts. At this point, most companies are either walking the walk or they’re doing everything they can to put themselves in a position to do so. It also happens to be one of the many flying objects being thrown at companies nowadays, between diversity, ESG initiatives, quarterly performance if you’re a public company, fundraising and valuation and product development and product launching, if you’re a growth equity or private equity or venture capital-backed company.”

“It’s a tough juggling act for a lot of CEOs and a lot of boards. Some do it well, some don’t,” Mr. Buck said.