Menu
View our Events
Stay Connected:
The economy is still creating jobs at a reasonable pace. In fact, companies seem to be hiring with abandon as we enter an unprecedented 11th year of expansion. Let’s take a look at the latest jobs report just released this morning. 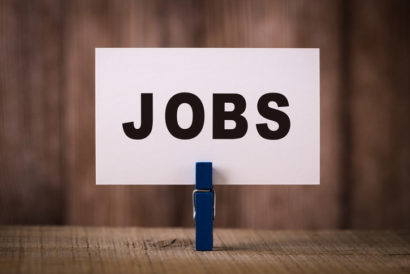 March 6, 2020 – Employers added 273,000 jobs last month as the U.S. unemployment rate dropped to 3.5 percent matching a 50-year low, according to the most recent U.S. Bureau of Labor Statistics report. Economists polled by MarketWatch forecast a 165,000 increase. The February gain is the 113th consecutive month of job growth. The number of unemployed currently stands at 5.8 million.

U.S. economic performance, however, continues to be threatened by the coronavirus outbreak. “As sound and reaffirming as the economy appears in this month’s jobs report, we have to be mindful that it does not capture any material impact from the coronavirus outbreak that we’re just beginning to experience in communities around the country,” said Scott A. Scanlon, CEO of Greenwich-based Hunt Scanlon Media. “It will take one, two or even three more monthly job reports before the full extent of the crisis can be fully weighed and evaluated against economic activity.”

Everyone is watchful. “If we start to handle things the way they’re handled in Italy and South Korea, closing schools and having mandated cancellations of travel and sporting events, I think there’s no way we don’t start to see it in the labor market and in consumer confidence and spending,” Liz Ann Sonders, chief investment strategist at Charles Schwab, told CNBC.

U.S. employers expect the hiring pace to remain steady into the first 90 days of 2020 though regional and industry forecasts are mixed, according to the latest “Employment Outlook Survey,” released by ManpowerGroup. Employers in all U.S. regions and industry sectors said they were expecting headcount to grow. This is the eighth consecutive year of double-digit hiring outlooks in the U.S., according to the survey of more than 11,500 U.S. employers.

“Continued concerns over trade uncertainty are leading to some uneven market conditions in the U.S., yet the overall labor market looks resilient heading into the new year,” said Becky Frankiewicz, president of ManpowerGroup North America. “With seven million jobs open for 11 straight months and ongoing positive hiring intentions across all industries, employers need to work harder to match people to the right roles.”